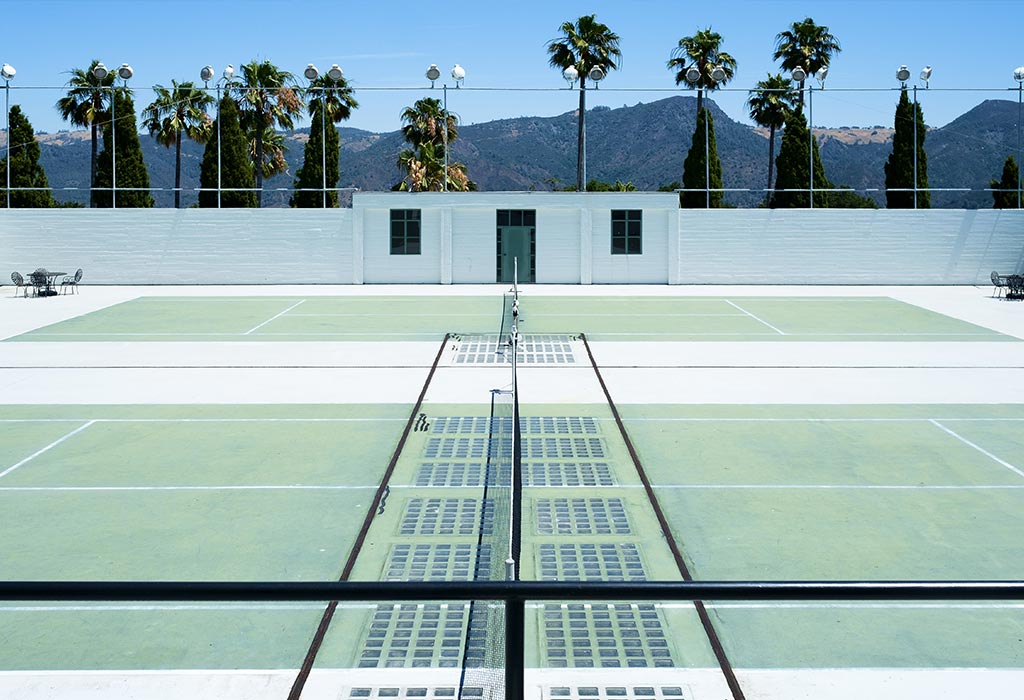 Squash tennis is played by two players. An illustrated playing guide with rules was published by the NSTA in 1968 (see external links below).

Serve
At the beginning of the first game, a spin of the racquet is used to decide who serves first. In subsequent games of a match, the player who won the previous game serves first.

The server stands behind the floor service line, either to the left or right of the center line. Tossing the ball in the air, he strikes it with the racquet before the ball hits the ground. The service is good if the ball:

first hits the front wall above the service line and below the out line (touching the lines is prohibited),
without hitting the back wall, lands in front of the service line on the opposite side of the court, left or right (depending on the side the server).
This is the major difference between squash tennis and squash racquets. In the latter sport the ball must go beyond the floor service line into the receiver’s box. But it is similar to lawn tennis, as the ball is served diagonally and lands in front of the service line. In squash racquets the server also stands in toward the side wall, rather than in the center of the court.

At the beginning, the server can choose which side he starts, left or right. One fault is allowed if the ball does not go out (i.e. does not hit or go above the out lines, strikes the telltale, nor hits the floor before hitting the front wall). If the server wins the point he must then switch to the opposite side of the court (left or right) before serving again, alternating each serve.

The standard serve is a gently hit ball that strikes just below the front wall out line, comes back in a high arc, then bounces just in front of the floor service line where it meets the side wall. Slight cut will help the ball hug the wall. A high bounce along the wall is more difficult to return. The receiver cannot strike the ball before it bounces on the floor.

Scoring
A game is played until one player reaches 15 points, except if the score first reaches 13/13 or 14/14. When 13/13 is reached, the receiver decides if the game should go to 15, 16, or 18 points. If it reaches 14/14 (without having been 13/13) the receiver decides on either 15 or 17. One does not have to win by two points. Originally only the server could score; if he lost the rally he would lose the right to serve. Current rules give the point and the serve to the winner of a rally.

A match is best three out of five games.

Photo by David Sjunnesson on Unsplash