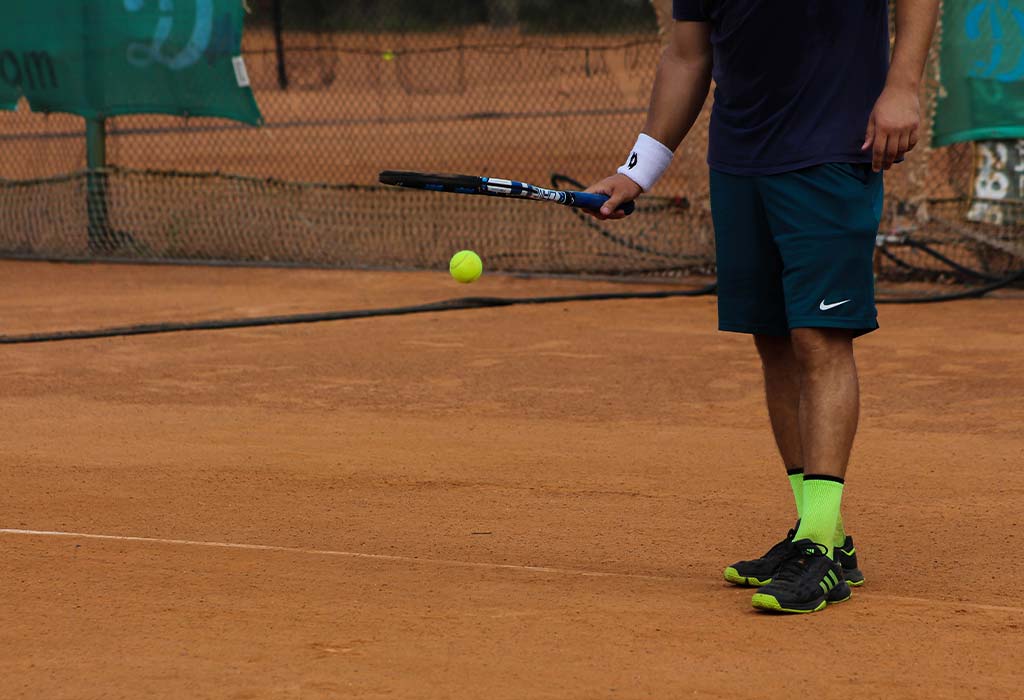 The winner is the side that wins more than half of the sets, and the match ends as soon as this is achieved. Men’s matches may be the best of either three or five sets, while women’s and mixed doubles matches are usually best of three sets.

The alternation of service between games continues throughout the match without regard to sets, but the ends are changed after each odd game within a set (including the last game). If, for example, the second set of a match ends with the score at 6–3, 1–6, the ends are changed as the last game played was the 7th (odd) game of the set and in spite of it being the 16th (even) game of the match. Even when a set ends with an odd game, ends are again changed after the first game of the following set. A tiebreaker game is treated as a single game for the purposes of this alternation. Since tiebreakers always result in a score of 7–6, there is always a court change after the tiebreaker.

The score of a complete match may be given simply by sets won, or with the scores in each set given separately. In either case, the match winner’s score is stated first. In the former, shorter form, a match might be listed as 3–1 (i.e. three sets to one). In the latter form, this same match might be further described as “7–5, 6–7(4–7), 6–4, 7–6(8–6)”. (As noted above, an alternate form of writing the tiebreak score lists only the loser’s score – e.g., “7–6(6)” for the fourth set in the example.) This match was won three sets to one, with the match loser winning the second set on a tiebreaker. The numbers in parentheses, normally included in printed scorelines but omitted when spoken, indicate the duration of the tiebreaker following a given set. Here, the match winner lost the second-set tiebreaker 7–4 and won the fourth-set tiebreaker 8–6.
Total points won
Because tennis is scored set by set and game by game, a player may lose a match despite winning the majority of points and/or games played.

Total games won
Likewise, a player may lose a match despite winning the majority of games played (or win a match despite losing the majority of games). Roger Federer won the 2009 Wimbledon final over Andy Roddick (5–7, 7–6(8–6), 7–6(7–5), 3–6, 16–14) despite Roddick’s winning more games (39, versus Federer’s 38). Roger Federer also lost the 2019 Wimbledon final, despite winning more games (and in fact more points as well) than Novak Djokovic.

Photo by Maryna Davyda on Unsplash