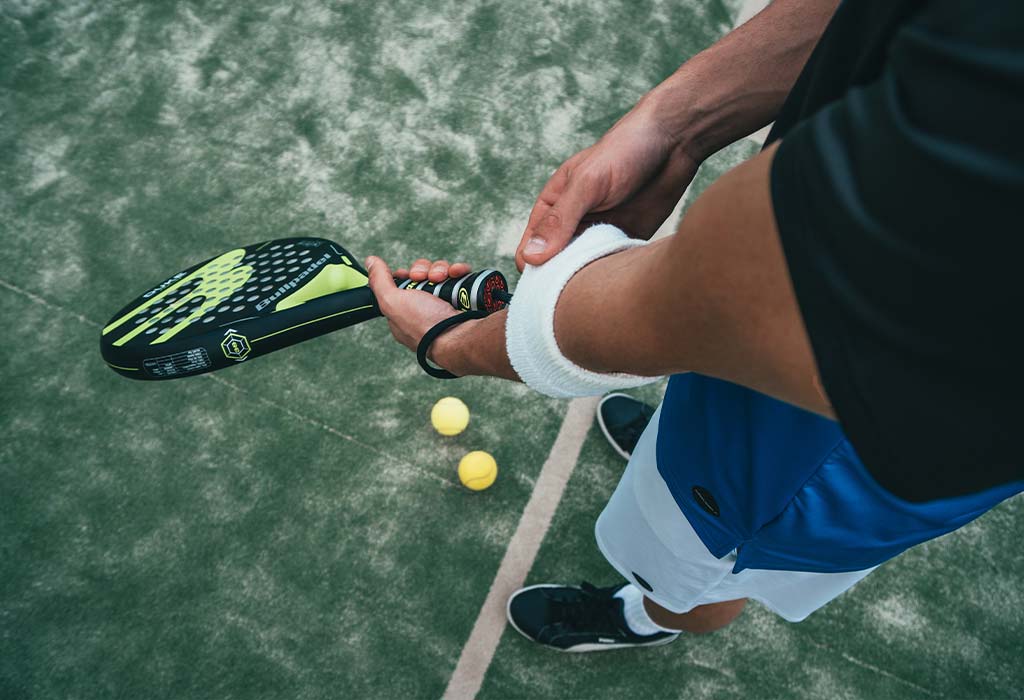 Stance refers to the way a player prepares themselves in order to best be able to return a shot. Essentially, it enables them to move quickly in order to achieve a particular stroke. There are four main stances in modern tennis: open, semi-open, closed, and neutral. All four stances involve the player crouching in some manner: as well as being a more efficient striking posture, it allows them to isometrically preload their muscles in order to play the stroke more dynamically. What stance is selected is strongly influenced by shot selection. A player may quickly alter their stance depending on the circumstances and the type of shot they intend to play. Any given stance also alters dramatically based upon the actual playing of the shot with dynamic movements and shifts of body weight occurring.

Open stance
This is the most common stance in tennis. The player’s feet are placed parallel to the net. They may be pointing sideways, directly at the net or diagonally towards it. This stance allows for a high degree of torso rotation which can add significant power to the stroke. This process is sometimes likened to the coiling and uncoiling of a spring. i.e. the torso is rotated as a means of preloading the muscular system in preparation for playing the stroke: this is the coiling phase. When the stroke is played the torso rotates to face forwards again, called uncoiling, and adds significant power to the stroke. A disadvantage of this stance is that it does not always allow ‘for proper weight transfer and maintenance of balance’ when making powerful strokes. It is commonly used for forehand strokes; double-handed backhands can also be made effectively from it.

Semi-open stance
This stance is somewhere between open and closed and is a very flexible stance. The feet are aligned diagonally towards the net. It allows for a lot of shoulder rotation and the torso can be coiled, before being uncoiled into the shot in order to increase the power of the shot. It is commonly used in modern tennis especially by ‘top professional players on the forehand’. Two-handed backhands can also be employed from this stance.

Closed stance
The closed stance is the least commonly used of the three main stances. One foot is placed further towards the net with the other foot further from it; there is a diagonal alignment between the feet. It allows for effective torso rotation in order to increase the power of the shot. It is usually used to play backhand shots and it is rare to see forehand shots played from it. A stroke from this stance may entail the rear foot coming completely off the floor with bodyweight being transferred entirely to the front foot.

Neutral stance
This is sometimes also referred to as the square stance. One foot is positioned closer to the net and ahead of the other which is behind and in line with it. Both feet are aligned at a 90 degree angle to the net. The neutral stance is often taught early because ‘It allows beginners to learn about shifting weight and rotation of the body. Forehands and backhands may be made from it.

Photo by Oliver Sjöström on Unsplash