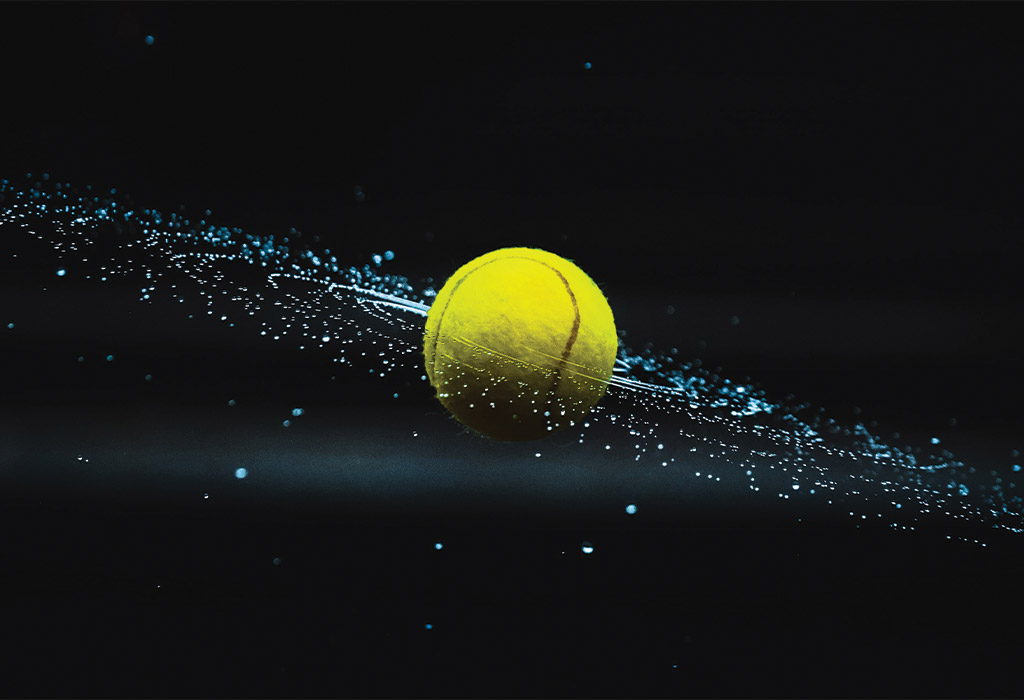 The term slam for winning all of the tricks in the whist family card games (see also whist terms) is attested from early in the 17th century. Grand slam for all of the tricks, in contrast to small slam or little slam for all but one, dates from early in the 19th century.This use was inherited by contract bridge, a modern development of whist defined in 1925 that became very popular in Britain and America by 1930.

Tennis has a long history of adopting golf custom and Grand slam appears to have entered tennis not directly from card sport but via golf as it was used since 1930, when Bobby Jones won the four major championships, two British and two American tournaments. Although John F. Kieran of The New York Times is widely credited with first applying the term “grand slam” to tennis to describe the winning of all four major tennis tournaments in a calendar year, sports columnist Alan Gould had used the term in that connection almost two months before Kieran.

Photo by Kevin Mueller on Unsplash