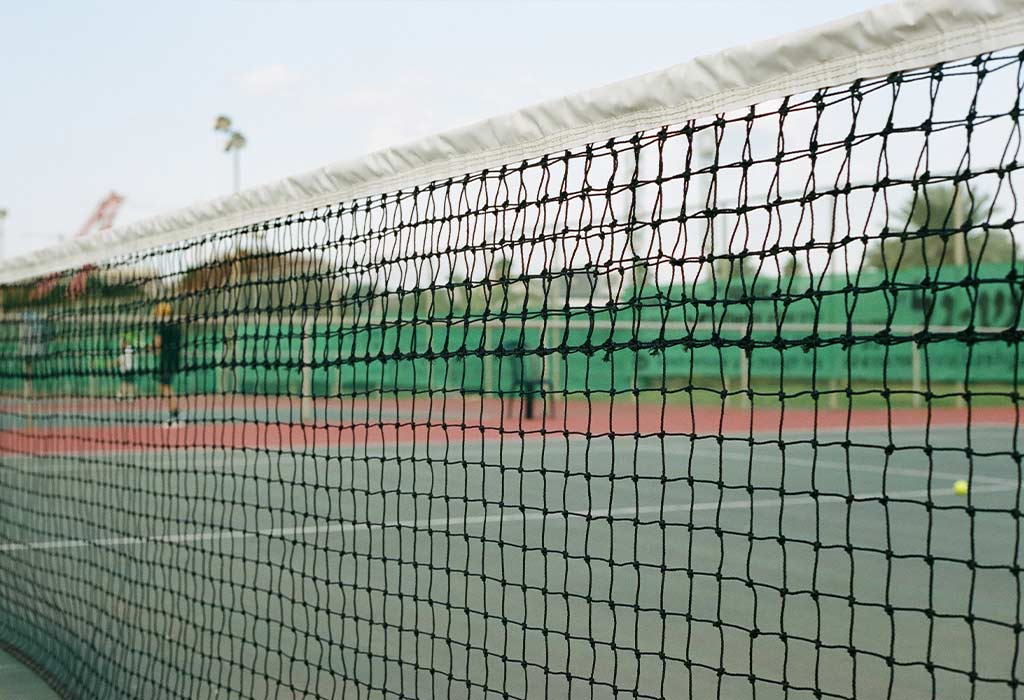 The tournament was first held in August 1881 on grass courts at the Newport Casino in Newport, Rhode Island. That year, only clubs that were members of the United States National Lawn Tennis Association (USNLTA) were permitted to enter.Richard Sears won the men’s singles at this tournament, which was the first of his seven consecutive singles titles.

From 1884 through 1911, the tournament used a challenge system whereby the defending champion automatically qualified for the next year’s final, where he would play the winner of the all-comers tournament.

In the first years of the U.S. National Championship, only men competed and the tournament was known as the U.S. National Singles Championships for Men. In September 1887, six years after the men’s nationals were first held, the first U.S. Women’s National Singles Championship was held at the Philadelphia Cricket Club. The winner was 17-year-old Philadelphian Ellen Hansell. In that same year, the men’s doubles event was played at the Orange Lawn Tennis Club in South Orange, New Jersey.

The women’s tournament used a challenge system from 1888 through 1918, except in 1917. Between 1890 and 1906, sectional tournaments were held in the east and the west of the country to determine the best two doubles teams, which competed in a play-off for the right to compete against the defending champions in the challenge round.

In 1915, the national championship was relocated to the West Side Tennis Club in Forest Hills, Queens, New York City. The effort to relocate it to New York City began as early as 1911 when a group of tennis players, headed by New Yorker Karl Behr, started working on it.

In early 1915, a group of about 100 tennis players signed a petition in favor of moving the tournament. They argued that most tennis clubs, players, and fans were located in the New York City area and that it would therefore be beneficial for the development of the sport to host the national championship there.This view was opposed by another group of players that included eight former national singles champions.This contentious issue was brought to a vote at the annual USNLTA meeting on February 5, 1915, with 128 votes in favor of and 119 against relocation. In August 1915, the men’s singles tournament was held in the West Side Tennis Club, Forest Hills in New York City for the first time while the women’s tournament was held in Philadelphia Cricket Club in Chestnut Hill, Philadelphia (the women’s singles event was not move until 1921). From 1917 to 1933, the men’s doubles event was held in Longwood Cricket Club in Chestnut Hill, Massachusetts. In 1934, both men’s and women’s doubles events were held in Longwood Cricket Club.

From 1921 through 1923, the men’s singles tournament was played at the Germantown Cricket Club in Philadelphia, Pennsylvania. It returned to the West Side Tennis Club in 1924 following completion of the 14,000-seat Forest Hills Stadium. Although many already regarded it as a major championship, the International Lawn Tennis Federation officially designated it as one of the world’s major tournaments commencing in 1924.[19]

At the 1922 U.S. National Championships, the draw seeded players for the first time to prevent the leading players from playing each other in the early rounds.

Open era
The open era began in 1968 when professional tennis players were allowed to compete for the first time at the Grand Slam tournament held at the West Side Tennis Club. The previous U.S. National Championships had been limited to amateur players. Except for mixed doubles, all events at the 1968 national tournament were open to professionals. That year, 96 men and 63 women entered, and prize money totaled US$100,000. In 1970, the US Open became the first Grand Slam tournament to use a tiebreaker to decide a set that reached a 6–6 score in games. From 1970 through 1974, the US Open used a best-of-nine-point sudden-death tiebreaker before moving to the International Tennis Federation’s (ITF) best-of-twelve points system. In 1973, the US Open became the first Grand Slam tournament to award equal prize money to men and women, with that year’s singles champions, John Newcombe and Margaret Court, receiving US$25,000 each.[3] From 1975, following complaints about the surface and its impact on the ball’s bounce the tournament played on clay courts instead of grass, this was also an experiment to make it more “TV friendly”. The addition of floodlights allowed matches to be played at night.

Since 1978: USTA National Tennis Center
In 1978, the tournament moved from the West Side Tennis Club to the larger and newly constructed USTA National Tennis Center in Flushing Meadows, Queens, 3 miles (4.8 km) to the north. The tournament’s court surface also switched from clay to hard. Jimmy Connors is the only individual to have won US Open singles titles on three surfaces (grass, clay, and hard), while Chris Evert is the only woman to win US Open singles titles on two surfaces (clay and hard).

The US Open is the only Grand Slam tournament that has been played every year since its inception.

During the 2006 US Open, the complex was renamed to “USTA Billie Jean King National Tennis Center” in honor of Billie Jean King, a four-time US Open singles champion and women’s tennis pioneer.

From 1984 through 2015, the US Open deviated from traditional scheduling practices for tennis tournaments with a concept that came to be known as “Super Saturday”: the men’s and women’s finals were played on the final Saturday and Sunday of the tournament respectively, and their respective semifinals were held one day prior. The Women’s final was originally held in between the two men’s semi-final matches; in 2001, the Women’s final was moved to the evening so it could be played on primetime television, citing a major growth in popularity for women’s tennis among viewers. This scheduling pattern helped to encourage television viewership, but proved divisive among players because it only gave them less than a day’s rest between their semi-finals and championship match.

For five consecutive tournaments between 2007 through 2012, the men’s final was postponed to Monday due to weather. In 2013 and 2014, the USTA intentionally scheduled the men’s final on a Monday—a move praised for allowing the men’s players an extra day’s rest following the semifinals, but drew the ire of the ATP for further deviating from the structure of the other Grand Slams. In 2015, the Super Saturday concept was dropped, and the US Open returned to a format similar to the other Grand Slams, with men’s and women’s finals on Saturday and Sunday. However, weather delays forced both sets of semifinals to be held on Friday that year.

In 2018, the tournament was the first Grand Slam tournament that introduced the shot clock to keep a check on the time consumed by players between points.The reason for this change was to increase the pace of play. The clock is placed in a position visible to players, the chair umpire and fans. Since 2020, all Grand Slams, ATP, and WTA tournaments apply this technology.

In 2020, the event was held without spectators due to the COVID-19 pandemic.[36] An announcement that the wheelchair tennis competition would not be held caused controversy because USTA did not consult with the disabled athletes prior to it, as it had consulted with the player’s bodies for the non-disabled competitions. After accusations of discrimination, USTA was forced to backtrack, admitting that it should have discussed the decision with the disabled competitors and offering them either $150,000 to be split between them (compared with $3.3m to be split between the players affected by the cancellation of each of the men’s and women’s qualifying competition and reductions in the mixed-doubles pool), a competition as part of the Open with 95% of the 2019 prize fund, or a competition to be held at the USTA base in Florida.

Photo by Yoav Hornung on Unsplash