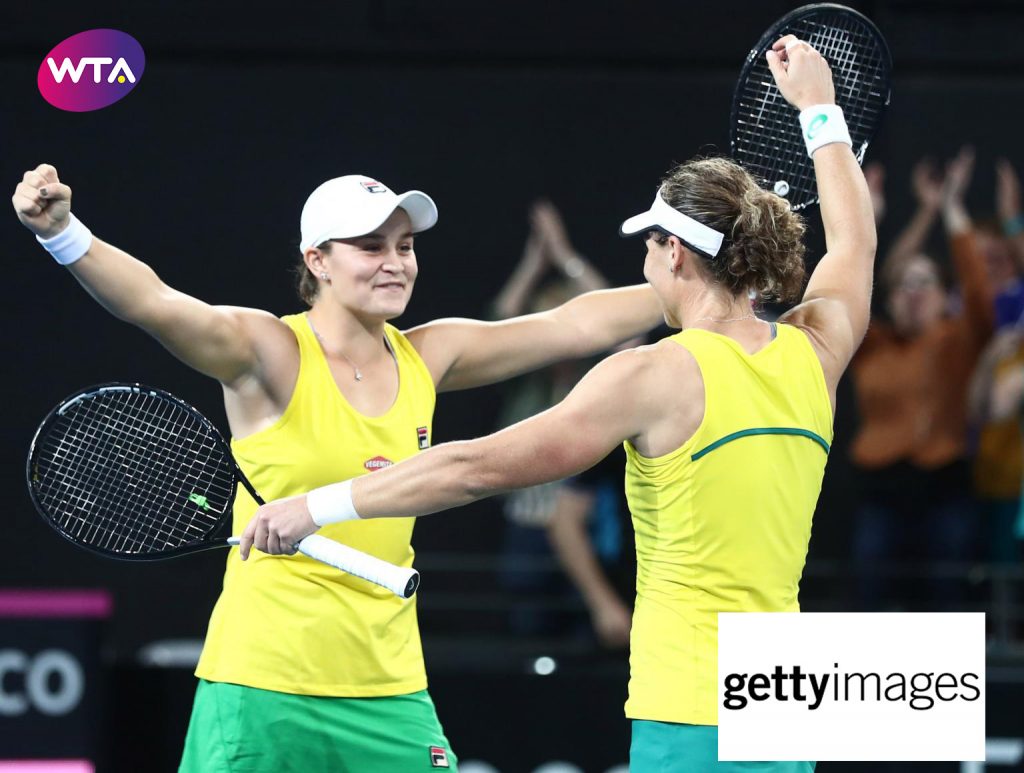 Two straight-set wins for Ashleigh Barty and Victoria Azarenka set up a dramatic, winner-take-all doubles rubber in the Fed Cup semifinals in Brisbane, but it was the Aussie duo who won a three-set thriller to reach November’s final.

BRISBANE, Australia – For the first time in 26 years, Australia will compete in a Fed Cup final thanks to the heroics of Ashleigh Barty and Samantha Stosur.

“It’s just super-exciting now to be in a Fed Cup final,” Stosur told reporters after the tie, perfedcup.com.

“All the girls, we all work so hard throughout the year, and we really stick together as a team, Fed Cup weeks or not Fed Cup weeks, we’ve always got each other’s backs, so to be in the Fed Cup final now I think’s a great reward for both of us, and we’re going to give it our best shot here in November.”

Australia last reached the Fed Cup final in 1993, finishing as runners-up to Spain. The Aussies are 0-8 in Fed Cup finals since winning it all in 1974, a run which included six straight appearances in the final from 1975-80.

The Aussie duo led for much of the first set, but despite being up a break twice, found themselves two points away from a one-set deficit as Barty served at deuce in the 10th game.

Nonetheless, they sealed that game to win the last three in the first, and despite losing the last three of the second to be taken to a decider, and sealed the win with two more breaks in the final set.

The moment that sealed it for Australia ??