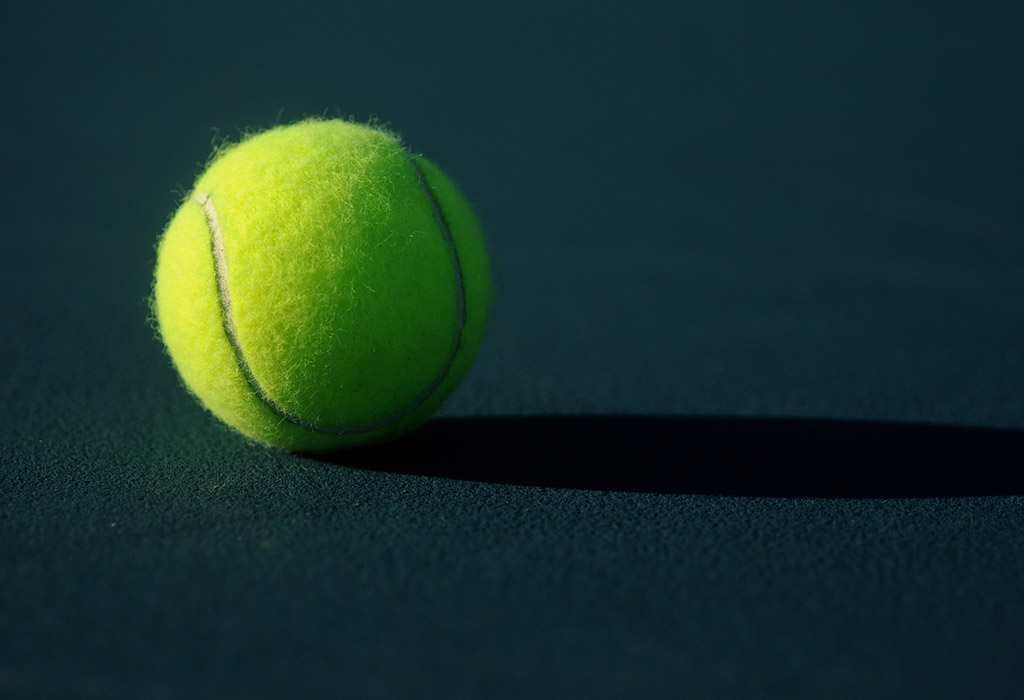 A drop shot is a shot in some racquet sports in which the ball (or birdie) is hit relatively softly, and lands just over and close to the net.

A good drop shot will go just over the net, landing close to the net. If the shot is played fast enough, it will supposedly not allow the opponent to hit it back. They also should be able to, if the opponent hits it, it will give you the mid and back-court space to exploit.

A good drop shot requires great touch. The ball should bounce low and near the net, sometimes with underspin (or backspin). Backspin slows the ball and decreases the height of its bounce. In some extreme cases, the ball will bounce back towards the net. Sidespin may also be put on the ball so it kicks sideways when it bounces. A bad drop shot is one that travels too deep into the court, or bounces too high. When this happens, the opponent can get to the ball, and make an easy play. A very soft drop shot, that just barely travels over the net, is sometimes called a dink (a term possibly borrowed from volleyball).

Making the drop shot a surprise also makes it more effective. If opponents are expecting a normal shot, they may not be in position to run forward to make a good play on a drop shot.

The characteristics of some court surfaces make drop shots particularly effective; grass and clay are good examples. On grass, the ball tends to bounce lower than other courts, which makes it harder to retrieve a drop shot. On clay, the slow surface tends to encourage players to stay far back and engage in rallies from behind the baseline, which in turn increases the distance the player must cover to reach a drop shot near the net. Drop shots on hard courts can be useful, although to a lesser degree. Drop shots are also useful when the wind is blowing in the opposite direction of the shot; this allows spin without hitting the shot too long.

A drop shot hit with a volley is aptly coined a drop volley. The secret to making a good drop volley is having “soft hands.” To achieve this, a player slightly loosens his or her grip on the racquet at the moment of impact with the ball. This allows the racquet to absorb more force and reduces the ball’s rebound.