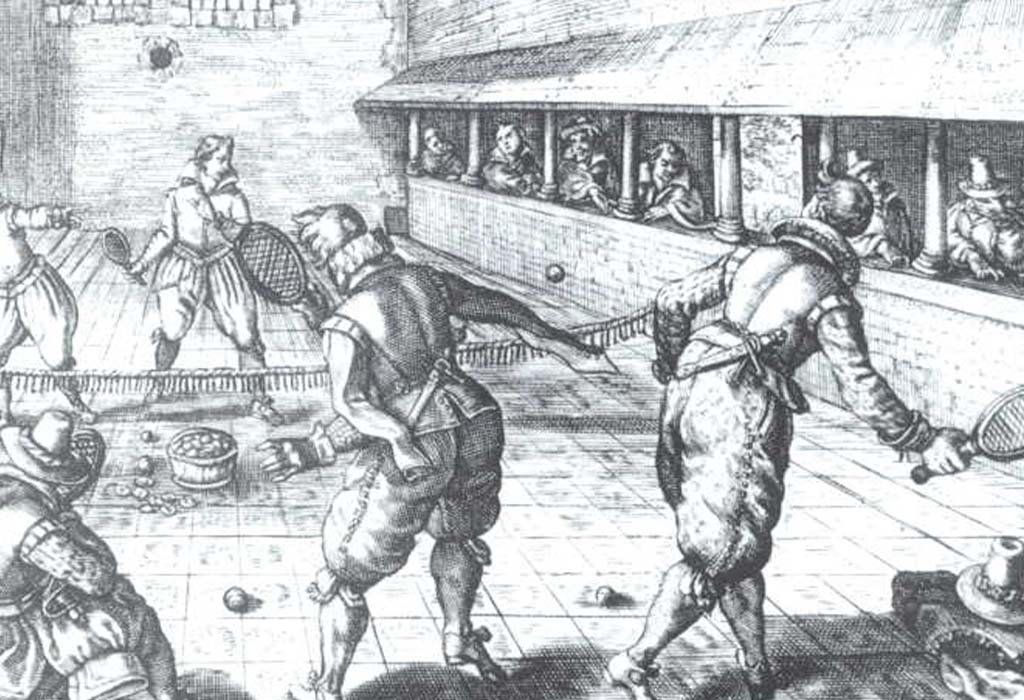 The racket sport traditionally named lawn tennis, now commonly known simply as tennis, is the direct descendant of what is now denoted real tennis or royal tennis, which continues to be played today as a separate sport with more complex rules. Most rules of (lawn) tennis derive from this precursor and it is reasonable to see both sports as variations of the same game. Most historians believe that tennis was originated in the monastic cloisters in northern France in the 12th century, but the ball was then struck with the palm of the hand; hence, the name jeu de paume (“game of the palm”). It was not until the 16th century that rackets came into use, and the game began to be called “tennis.” It was popular in England and France, and Henry VIII of England was a big fan of the game, now referred to as real tennis.

Many original tennis courts remain, including courts at Oxford, Cambridge, Falkland Palace in Fife where Mary Queen of Scots regularly played, and Hampton Court Palace. Many of the French courts were decommissioned with the terror that accompanied the French Revolution. The Tennis Court Oath (Serment du Jeu de Paume) was a pivotal event during the first days of the French Revolution. The Oath was a pledge signed by 576 of the 577 members from the Third Estate who were locked out of a meeting of the Estates-General on 20 June 1789.

Promoter C. C. Pyle created the first professional tennis tour in 1926, with a group of American and French tennis players playing exhibition matches to paying audiences.The most notable of these early professionals were the American Vinnie Richards and the Frenchwoman Suzanne Lenglen. Once a player turned pro he or she could not compete in the major (amateur) tournaments.

In 1968, commercial pressures and rumors of some amateurs taking money under the table led to the abandonment of this distinction, inaugurating the now known as the Open Era (see below), in which all players could compete in all tournaments, and top players were able to make their living from tennis.With the beginning of the Open Era, the establishment of an international professional tennis circuit, and revenues from the sale of television rights, tennis’s popularity has spread worldwide, and the sport has shed its upper/middle-class English-speaking image (although it is acknowledged that this stereotype still exists).