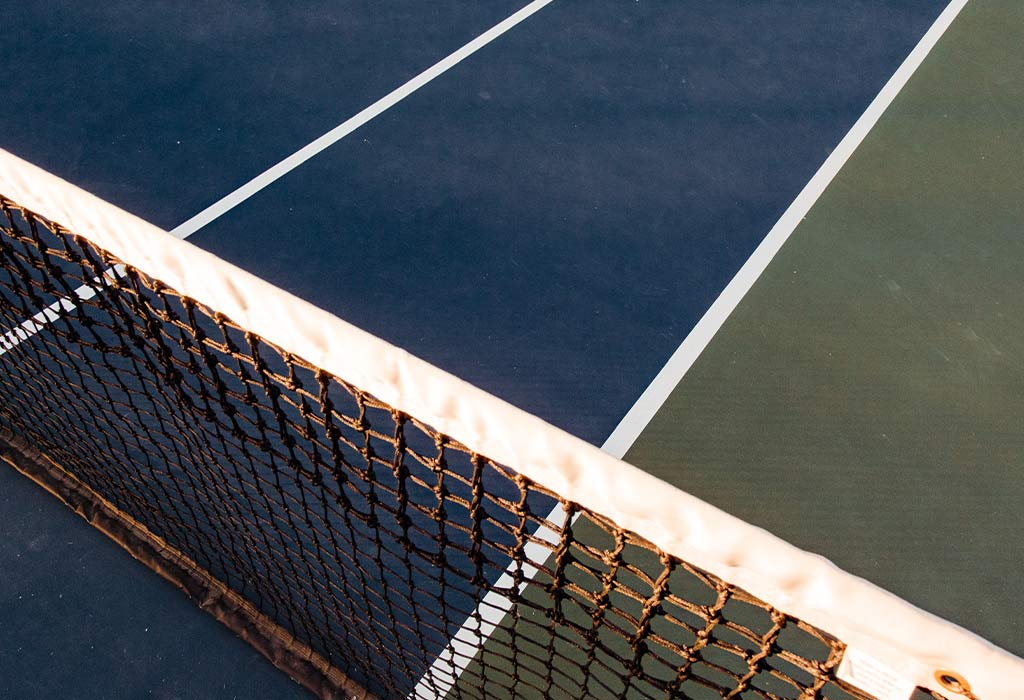 The Medieval form of tennis is termed as real tennis, a game that evolved over three centuries, from an earlier ball game played around the 12th century in France which involved hitting a ball with a bare hand and later with a glove.By the 16th century, the glove had become a racket, the game had moved to an enclosed playing area, and the rules had stabilized. Real tennis spread in popularity throughout royalty in Europe, reaching its peak in the 16th century.

In 1437 at the Blackfriars, Perth, the playing of tennis indirectly led to the death of King James I of Scotland, when the drain outlet, through which he hoped to escape assassins, had been blocked to prevent the loss of tennis balls.James was trapped and killed.

Francis I of France (1515–1547) was an enthusiastic player and promoter of real tennis, building courts and encouraging play among the courtiers and commoners. His successor Henry II (1547–59) was also an excellent player and continued the royal French tradition. In 1555 an Italian priest, Antonio Scaino da Salothe, wrote the first known book about tennis, Trattato del Giuoco della Palla. Two French kings died from tennis related episodes—Louis X of a severe chill after playing and Charles VIII after hitting his head during a game.King Charles IX granted a constitution to the Corporation of Tennis Professionals in 1571, creating the first pro tennis ‘tour’, establishing three professional levels: apprentice, associate, and master. A professional named Forbet wrote and published the first codification of the rules in 1599.

Royal interest in England began with Henry V (1413–22). Henry VIII (1509–47) made the biggest impact as a young monarch; playing the game with gusto at Hampton Court on a court he built in 1530. It is believed that his second wife Anne Boleyn was watching a game when she was arrested and that Henry was playing when news of her execution arrived. During the reign of James I (1603–25), London had 14 courts.

Real tennis is mentioned in literature by William Shakespeare who mentions “tennis balles” in Henry V (1599), when a basket of them is given to King Henry as a mockery of his youth and playfulness; the incident is also mentioned in some earlier chronicles and ballads.One of the most striking early references appears in a painting by Giambattista Tiepolo entitled The Death of Hyacinth (1752–1753) in which a strung racket and three tennis balls are depicted. The painting’s theme is the mythological story of Apollo and Hyacinth, written by Ovid. Giovanni Andrea dell’Anguillara translated it into Italian in 1561 and replaced the ancient game of discus, in the original text with pallacorda or tennis, which had achieved a high status at the courts in the middle of the 16th century. Tiepolo’s painting, displayed at the Museo Thyssen Bornemisza in Madrid, was ordered in 1752 by German count Wilhelm Friedrich Schaumburg Lippe, who was an avid tennis player.

The game thrived among the 17th-century nobility in France, Spain, Italy, and in the Austro-Hungarian Empire, but suffered under English Puritanism. By the Age of Napoleon, the royal families of Europe were besieged and real tennis was largely abandoned.Real tennis played a minor role in the history of the French Revolution, through the Tennis Court Oath, a pledge signed by French deputies on a real tennis court, which formed a decisive early step in starting the revolution. In England, during the 18th and early 19th centuries as real tennis declined, three other racket sports emerged: racquets, squash racquets, and lawn tennis (the modern game).

Photo by Tim Chow on Unsplash