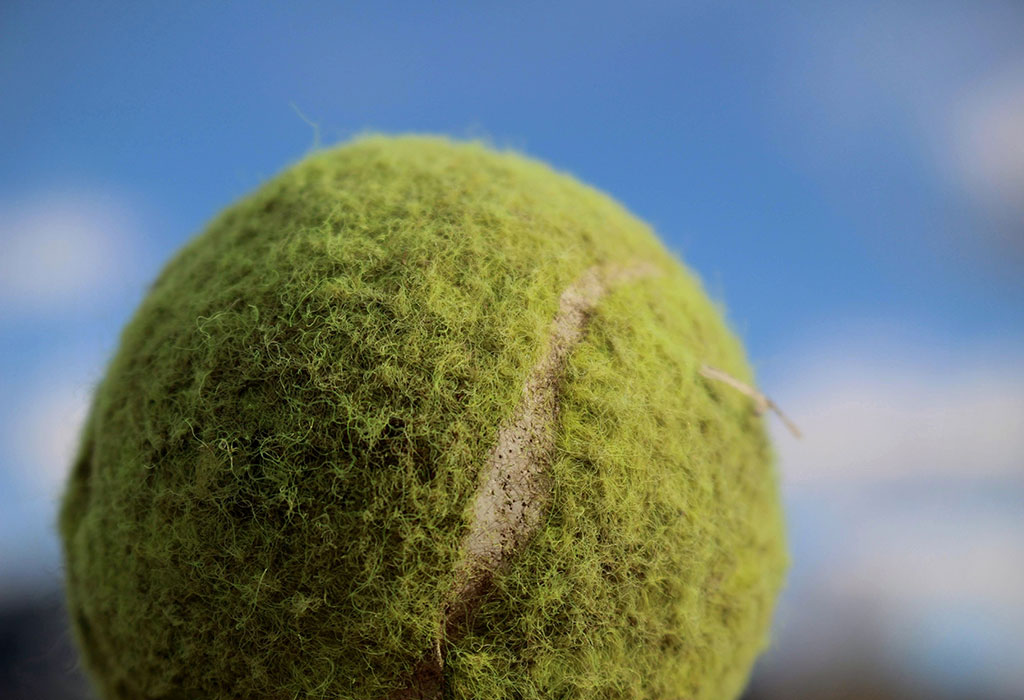 Tennis balls were originally made of cloth strips stitched together with thread and stuffed with feathers. Modern tennis balls are made of hollow vulcanized rubber with a felt coating. Traditionally white, the predominant colour was gradually changed to optic yellow in the latter part of the 20th century to allow for improved visibility. Tennis balls must conform to certain criteria for size, weight, deformation, and bounce to be approved for regulation play. The International Tennis Federation (ITF) defines the official diameter as 65.41–68.58 mm (2.575–2.700 in). Balls must weigh between 56.0 and 59.4 g (1.98 and 2.10 oz).Tennis balls were traditionally manufactured in the United States and Europe. Although the process of producing the balls has remained virtually unchanged for the past 100 years, the majority of manufacturing now takes place in the Far East. The relocation is due to cheaper labour costs and materials in the region.Tournaments that are played under the ITF Rules of Tennis must use balls that are approved by the International Tennis Federation (ITF) and be named on the official ITF list of approved tennis balls.

Photo by Joshua Hoehne on Unsplash