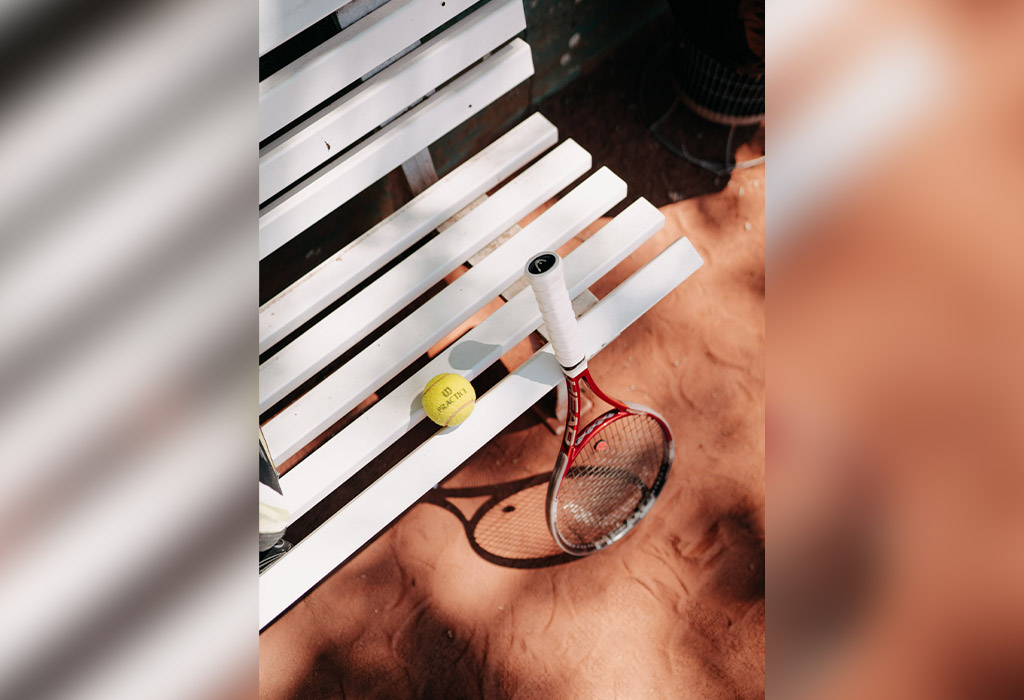 World number 1 ranked male tennis players is a year-by-year listing of the male tennis players who were, at the end of each calendar year generally considered to be the best overall for that entire calendar year. The runner-up for each year is also listed as is a summary of the reasons why both were ranked as such, which includes the performance of the players in major tennis tournaments of the particular year, and the tennis ranking authorities who provided the annual rankings on which the listed rankings are based.

Before 1913
For the period between the birth of lawn tennis to 1913 no contemporary worldwide rankings exist. Some national tennis federations such as the USLTA in the United States did create national rankings.

Few sources are available but Richard Yallop in Royal South Yarra Lawn Tennis Club 100 Years in Australian Tennis stated that Norman Brookes was the champion of the world in 1907 and Len and Shelley Richardson in Anthony Wilding A Sporting Life cite the opinions of A. E. Crawley (an early-twentieth-century British journalist) and Anthony Wilding (the New Zealand tennis player). Other years dating back to 1913 also present difficulties and ambiguities. There are sometimes contradictions between sources regarding the same information.

Between 1913 and 1973: opinion-based worldwide rankings
Before the open era of tennis arrived in 1968, rankings for amateur players were generally compiled either for a full year of play or in September following the U.S. Championships. Professional players were ranked by journalists, promoters, and players’ associations either at the end of the year or in the summer when the world pro tours finalized. There were also point ranking systems attached to professional tournament series in 1946, 1959, 1960, 1964, 1965, until open tennis in 1968. Even for amateurs, however, there was no single official overall ranking that encompassed the entire world. Instead, nation rankings were done by the national tennis association of each country, and world rankings were the preserve of tennis journalists. It was only with the introduction of computerized rankings in the open era that rankings were issued more frequently than once yearly, although interim rankings were reported in those years which had point series. Even the end-of-year amateur rankings issued by official organizations such as the United States Lawn Tennis Association were based on judgments and not on mathematical formulas assigning points for wins or losses.

In 1938, for instance, when Don Budge won the amateur Grand Slam, it was easy to conclude that Budge was not only the U.S. No. 1 but also the world No. 1 amateur player. It was far more difficult, however, to decide who was the best overall player, amateur or professional, for that year because both Ellsworth Vines and Fred Perry, now professionals, were still at the top of their form.

In 1946 Bobby Riggs, a professional, had established himself as the best player in the world. In 1947, he was still the best professional player but Jack Kramer as an amateur player won Wimbledon and the U.S. Championships. Kramer, having turned professional in November after the amateur Pacific Coast Championships, met Riggs three times in late December on fast indoor courts and Riggs won twice, and Kramer trailed Riggs 6–8 before catching up at 14–14. But at the end of their long series of matches in May 1948, Kramer had led Riggs decisively in head-to-head meetings.

Kramer’s 1948 world pro championship tour victory would be the final occasion in the pre-open era that a first year professional player would win a world championship pro tour. However, some new professionals had solid achievements in their first year on the pro circuit, Gonzales winning the U.S. Pro Indoor over Kramer in 1950, Sedgman achieving a world No. 1 pro ranking in 1953, Trabert winning at Roland Garros in 1956, Hoad winning the Australian subtour in 1958, Rosewall in 1957 and Anderson in 1959 winning at Wembley.

Even here, however, some years present difficulties. Kramer was perhaps the world’s best player in 1950 and 1951 when he defeated first Pancho Gonzales and then Pancho Segura in head-to-head tours, however he was beaten in tournaments by those same players. In 1952, there was no long, headline tour. Instead, there were short tours between different players and several professional tournaments, with the result that none of the professionals played extensively. The U. S. Professional Lawn Tennis Association published an end-of-the-year list in which Segura was ranked the best player in the world, with Gonzales second. During the year, however, Gonzales had defeated Segura 4 matches to 1. Segura had also won a number of important tournaments, including the Cleveland International Pro Championships in which he had defeated Gonzales in the final.

The following year, 1953, Kramer narrowly defeated the top amateur-turned-professional, Frank Sedgman, in their tour during the first half of the year and so reestablished himself as world No. 1. Because of injuries, he did not play the second half of the year. As a result, Kramer was now in semi-retirement. Sedgman won the major tournaments later in the year and was ranked world No. 1 professional player for the full season by Tennis de France, perhaps the only pro tennis ranking for the complete season.

In 1954, there were a number of round-robins tournaments as well as shorter tours, from which it is clear that Gonzales had now established himself as the best professional player in the world, the first year in a run of seven consecutive years as the world No. 1 or shared No. 1. But, given the spotty and often contradictory record-keeping of the professional results since 1926, it is frequently difficult to make a clear, objective judgment as to who was the best player in any number of years. In some years, there are no contemporary or retrospective rankings for professional players.

Professional tennis in Europe before 1926
Thomas Burke, tutor of the Tennis Club de Paris and former teacher of Joshua Pim who won Wimbledon twice, was reportedly as good a player as the leading amateurs.Charles Haggett was the best English teaching professional during the early 20th century. In 1913, Haggett settled in the United States, invited by the West Side Tennis Club of Forest Hills, New York and became the coach of the American Davis Cup team. In practice matches, he beat the leading amateurs Anthony Wilding, Wimbledon winner and Maurice McLoughlin, Wimbledon All Comer’s winner.

In the 1920s, Karel Koželuh, Albert Burke (son of Thomas Burke), and Roman Najuch were probably the most notable, as well as the best, of these players. The Bristol Cup, held at Beaulieu or at Cannes on the French Riviera and won seven consecutive times by Koželuh, was “the world’s only significant pro tennis tournament.” Koželuh went on to become one of the best of the touring professionals in the 1930s. He and Burke, however, were not listed among the top players before 1928, as this was the first year when a ranking was published for all the top players, amateur and professional. All top 10 rankings for the years before 1928 were for amateurs only.

These three tournaments (Wembley Pro, French Pro and U.S. Pro) through 1967 are often referred to retrospectively as the major pro events by tennis historians. However, in some years other tournaments had stronger fields and larger money prizes. The Forest Hills Tournament of Champions of the 1957/58/59 era had national broadcasts on the CBS television network in the U.S., and the Wimbledon Pro in 1967 was broadcast in colour on BBC television in Britain. The Forest Hills professional tournament in 1966 boasted the largest prize money of the season, although not a national television broadcast.

Before 1973, there were no computer-based rankings based on the points players obtained for achieving a certain level of performance in particular tournaments, but there were journalists or officials (on their personal behalf) or promoters or players themselves who listed their own subjective annual rankings. However, in 1946, 1959, 1960 and 1964-1968 there were point ranking systems and seeding lists applied to professional series of tournaments involving all of the best pros. In 1946, 1959 and 1960 there were also World Professional Championship tours with a small number of pros, which did not produce point rankings. The winner of the 1946, 1959 and 1960 World Professional Championship Tours were described as “world champion” in many reports, as distinct from the point series “world No. 1”. In 1963, the ITPTA World Championship Tour produced an official ranking order for the contract professionals. In some years, however, only a small number of professional promoters, players or journalists released rankings at the end of the tennis year. For these years, retrospective rankings done by tennis historians or sports statisticians many years after the tennis year ended (i.e. in the 2000s for a year in the 1950s) are considered by the editors in their determination of which players should be ranked No. 1 and No. 2. There are no available contemporary or retrospective professional rankings for 1947 or 1957, but only amateur rankings for those years.

From 1973 onward: merit-based ATP rankings
In August 1973 the ATP introduced its own rankings. These were published 11 times that year and with increasing frequency the following years until 1979 when from that year on they were published weekly. In the 1970s and 1980s they did not take into account certain events, such as the Davis Cup, the WCT Finals and the Masters (currently named the ATP Finals. Since 1990 the ATP does award points for ATP Finals. As well, the ATP point rankings did not award the Grand Slam tournaments which most often attracted the most top-ranked players in the world (Wimbledon and the U.S. Open) and, therefore, were the most valuable to win in the minds of both players and tennis journalists, a number of points commensurate with their importance. Some events which did not attract many or even a couple top-ranked players but offered high prize money were worth a higher number of points than their perceived importance.

Disputed rankings
Other rankings proposed by tennis experts or by the players themselves could be more accurate because they included these events and adjusted the rankings to reflect the actual importance of particular tournaments. From 1973 to 2006 this list sometimes differs from the ATP list because it shows journalists (or even players) rankings released at the time and not the computer-based point rankings. In particular, Connors has been ranked No. 1, at the end of the year, from 1974 to 1978 by the ATP but the majority disagreed with the computer rankings: in 1975 leading journalists including John Barrett, Bud Collins, Barry Lorge and Judith Elian ranked Arthur Ashe as the No. 1 in the world while his ATP ranking was only 4th; in 1977, no one, except the ATP ranking, considered that Connors was the best player in the world, and everyone thought that Borg and Vilas were the top two tennis players; and in 1978 everyone and, in particular, the ITF recognized that Borg was the World Champion. In 1982 and 1989, respectively, Connors and Becker, both winners of Wimbledon and the US Open, were considered as World Champions even though the ATP ranked McEnroe and Lendl as No. 1 in those years. Since the mid-’90s the ATP rankings have generally been accepted by many as the official rankings (but in 1999 many considered Sampras as the second best player in the world while the ATP ranked Kafelnikov 2nd). Since 1978 the ITF (represented at the beginning by Sedgman, Hoad and Trabert) has designated its World Champion.

Photo by FILMDUDES on Unsplash