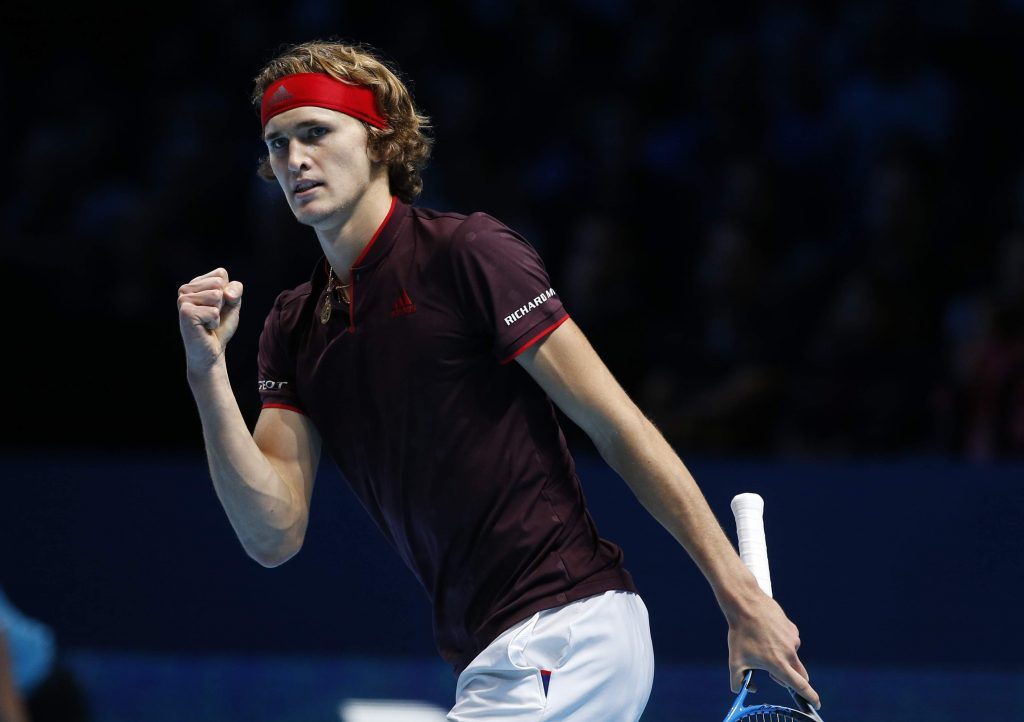 Alexander Zverev is still searching for his first title of 2018. (AP)

It wasn’t easy by any means, but Alexander Zverev made a winning start to his BMW Open campaign in Munich on Wednesday, battling past German wild card Yannick Hanfmann, 6-7 (12), 6-4, 6-2.

On paper it looked like a mismatch—the world No. 3 against the world No. 118—but the on-the-rise Hanfmann was ranked 155 spots lower a year ago and he pushed Zverev to the limits, saving two set points in a marathon first-set tiebreaker and coming within two games of victory at 4-all in the second set.

He was six points away too, with Zverev serving at 4-all, 30-all in the second set, but the top-seeded Zverev caught fire from there, reeling off the next seven games in a row to win the second set and go up 5-0 in the third, eventually finishing it off a few games later after two hours and nine minutes.

Match point from Zverev’s win over Hanfmann​ in Munich​:

After a tough start to the year that saw him lose early at his first two events—the Australian Open and Rotterdam—Zverev has now made the quarterfinals or better at four of his last five events, including a final (Miami), two semifinals (Acapulco and Monte Carlo) and now another quarterfinal in Munich.

And if the German’s affinity for clay is anything to go by, something big could be on the horizon.

“I find clay more natural to me than the other surfaces because I’ve been growing up on it,” he said during his run to the semifinals in Monte Carlo two weeks ago. “So for me I always enjoy playing on it, and I always enjoy practicing on it. The structure of the points is different, which I quite enjoy.

“Hopefully I can have a great start to the clay season, and we’ll see what it brings.”

Last week Zverev returned to his career-high ranking of No. 3 for the first time since November, and this week he’s hoping to win his first ATP tour title of the year. It was one of five events he won last year, along with Montpellier, Washington and Masters 1000s in Rome and Montreal.

Awaiting Zverev in the quarterfinals on Friday will be another German, Jan-Lennard Struff. Though Zverev leads Struff in their head-to-head, 3-0, and 4-0 if you include Challengers, their last two meetings have been absolute battles—Zverev barely got the better of him in last year’s Munich quarterfinals, 3-6, 7-6(3), 7-6(5), and again in the round of 16 of Monte Carlo this year, 6-4, 4-6, 6-4.

The No. 62-ranked Struff has beaten a Top 10 player before, and a world No. 3 at that—he upset a No. 3-ranked Stan Wawrinka in the second round of the Masters 1000 event in Paris two years ago.