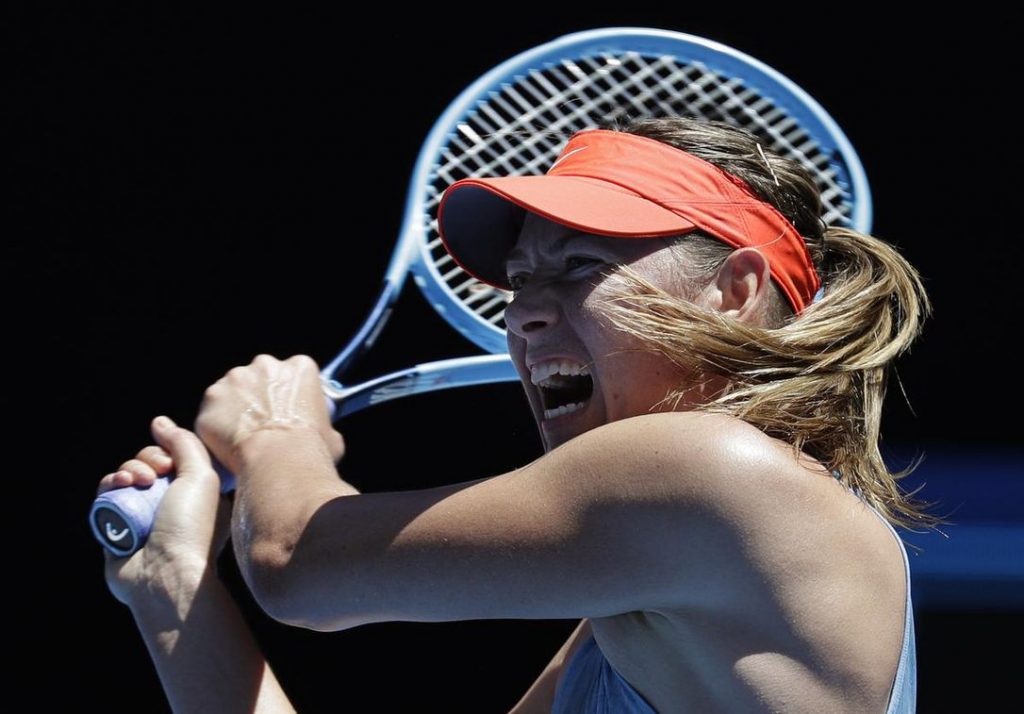 MELBOURNE, Australia — Maria Sharapova has the second-best record among active players in first-round matches at the majors, and she gave an illustration of why that’s the case with a ruthless 6-0, 6-0 win over Harriet Dart at the Australian Open.

The 2008 Australian Open champion got play started at Rod Laver Arena on Monday and needed only 63 minutes to advance.

In her 15th trip to Melbourne Park and her 55th Grand Slam tournament, Sharapova is acutely aware of the toll that the sun and long early matches can have on a player’s title ambitions, so she gets straight to business.

The 22-year-old Dart, playing in the main draw of a major for only the second time after getting a wild card to play last year at Wimbledon, got a look at only one break point in the match, when Sharapova served a double fault in the second set. She got seven of her 29 points from Sharapova’s double faults.

That was the only real blemish in Sharapova’s stats: She hit 20 winners and won all five of her points at the net.

Sharapova said she was still feeling pain in her right shoulder, despite sitting out the end of last season after the US Open.

Stung by a first-round loss at Wimbledon last year, Sharapova said she couldn’t afford to feel any empathy for Dart.

“I mean, there is no time for that, I’m sorry to say … when you’re playing the first round of a Grand Slam,” she said. “I think I was just focused on not having a letdown.

“I think it’s very easy to be in a position where things are flowing. You know, you’re doing all the right things, she’s making a few errors, you’re comfortable, easy to get complacent and, you know, complacency is not great. I was glad that I did the right things from the beginning ’til the end.”

Up next for Sharapova is Rebecca Peterson, who beat Sorana Cirstea 6-4, 6-1.

Danielle Collins advanced to the second round of a major for the first time following a 2-6, 7-6 (5), 6-4 win over No. 14-seeded Julia Goerges, who won the title in Auckland to start the season.

The 22nd-seeded Ostapenko, who also advanced to the semifinals at Wimbledon last year, had beaten Sakkari in three sets in their only previous meeting at Charleston in 2017.

Katie Boulter earned the distinction of winning the first 10-point tiebreaker under the Australian Open’s new system for deciding sets.

Boulter beat Ekaterina Makarova 6-0, 4-6, 7-6 (6), including 10-6 in the tiebreaker. The new rule was introduced to ensure matches don’t get too lengthy — previously the third set in women’s matches and the fifth set in men’s matches at the Australian Open had to be decided by a two-game advantage.

The Associated Press contributed to this report.