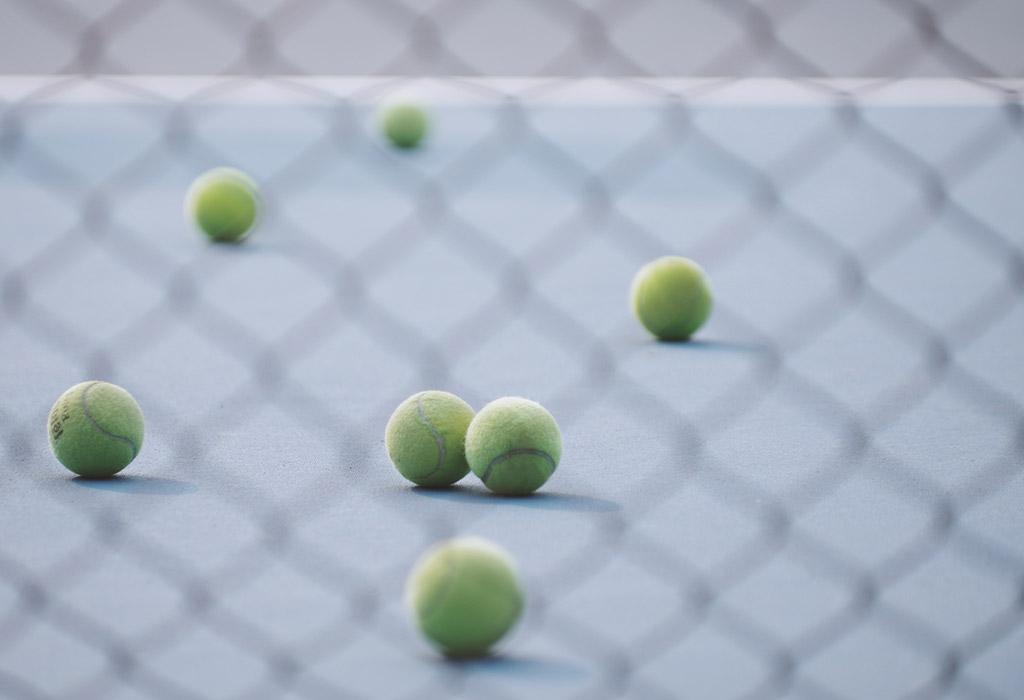 The lawyer and memoirist William Hickey recalled that in 1767 “in the summer we had another club, which met at the Red House in Battersea fields, nearly opposite Ranelagh…. The game we played was an invention of our own, and called field tennis, which afforded noble exercise…. The field, which was of sixteen acres in extent, was kept in as high an order, and smooth as a bowling green.”

The modern sport is tied to two separate inventions.

Between 1859 and 1865, in Birmingham, England, Major Harry Gem, a solicitor, and his friend Augurio Perera, a Spanish merchant, combined elements of the game of racquets and Basque pelota and played it on a croquet lawn in Edgbaston.In 1872, both men moved to Leamington Spa and in 1874, with two doctors from the Warneford Hospital, founded the world’s first tennis club, the Leamington Tennis Club.

In December 1873, Major Walter Clopton Wingfield designed an hourglass-shaped tennis court in order to obtain a patent on his court (as the rectangular court was already in use and was unpatentable). A temporary patent on this hourglass-shaped court was granted to him in February, 1874, which he never renewed when it expired in 1877. It is commonly believed, mistakenly, that Wingfield obtained a patent on the game he devised to be played on that type of court, but in fact Wingfield never applied for nor received a patent on his game, although he did obtain a copyright — but not a patent — on his rules for playing it. And, after a running series of articles and letters in the British sporting magazine The Field, and a meeting at London’s Marylebone Cricket Club, the official rules of lawn tennis were promulgated by that Club in 1875, which preserved none of the aspects of the variations that Wingfield had dreamed up and named Sphaeristikè (Greek: σφαιριστική, that is, “sphere-istic”, an ancient Greek adjective meaning “of or pertaining to use of a ball, globe or sphere”), which was soon corrupted to “sticky”. Wingfield claimed that he had invented his version of the game for the amusement of his guests at a weekend garden party on his estate of Nantclwyd, in Llanelidan, Wales in 1874, but research has demonstrated that even his game was not likely played during that country weekend in Wales.[32][33] He had likely based his game on both the evolving sport of outdoor tennis and on real tennis. Much of modern tennis terminology also derives from this period, for Wingfield and others borrowed both the name and much of the French vocabulary of real tennis, and applied them to their variations of real tennis.In the scholarly work Tennis: A Cultural History, Heiner Gillmeister reveals that on December 8 1874, Wingfield had wrote to Harry Gem, commenting that he’d been experimenting with his version of lawn tennis for a year and a half.Gem himself had largely credited Perera with the invention of the game.

Wingfield did patent his hourglass court in 1874, but not his eight-page rule book titled “Sphairistike or Lawn Tennis”,but he failed in enforcing his patent.[38] In his version, the game was played on an hourglass-shaped court, and the net was higher (4 feet 8 inches) than it is in official lawn tennis. The service had to be made from a diamond-shaped box in the middle of one side of the court only, and the service had to bounce beyond the service line instead of in front of it. He adopted the rackets-based system of scoring where games consisted of 15 points (called ‘aces’).None of these quirks survived the Marylebone Cricket Club’s 1875 Rules of Lawn Tennis that have been official, with periodic slight modifications, ever since then. Those rules were adopted by the All England Lawn Tennis and Croquet Club for the first Lawn Tennis Championship, at Wimbledon in 1877 (the men who devised those rules were members of both clubs). Wingfield does deserve great credit for popularizing the game of lawn tennis, as he marketed, in one boxed set, all the equipment needed to play his or other versions of it, equipment that had been available previously only at several different outlets. Because of this convenience, versions of the game spread like wildfire in Britain, and by 1875 lawn tennis had virtually supplanted croquet and badminton as outdoor games for both men and women.

Mary Ewing Outerbridge played the game in Bermuda at Clermont, a house with a spacious lawn in Paget parish.Innumerable histories claim that in 1874, Mary returned from Bermuda aboard the ship S.S. Canima and introduced lawn tennis to the United States,setting up supposedly the first tennis court in the United States on the grounds of the Staten Island Cricket and Baseball Club, which was near where the Staten Island Ferry Terminal is today.The club was founded on or about March 22, 1872. She is also mistakenly said to have played the first tennis game in the U.S. against her sister Laura in Staten Island, New York on an hourglass-shaped court.However, all this would have been impossible, as the tennis equipment she is said to have brought back from Bermuda was not available in Bermuda until 1875, and her next trip to Bermuda, when it was available there, was in 1877. In fact, lawn tennis was first introduced in the United States on a grass court on Col. William Appleton’s Estate in Nahant, Massachusetts by Dr. James Dwight (“the Father of American Lawn Tennis”), Henry Slocum, Richard Dudley Sears and Sears’ half-brother Fred Sears, in 1874.

Photo by Alvan Nee on Unsplash