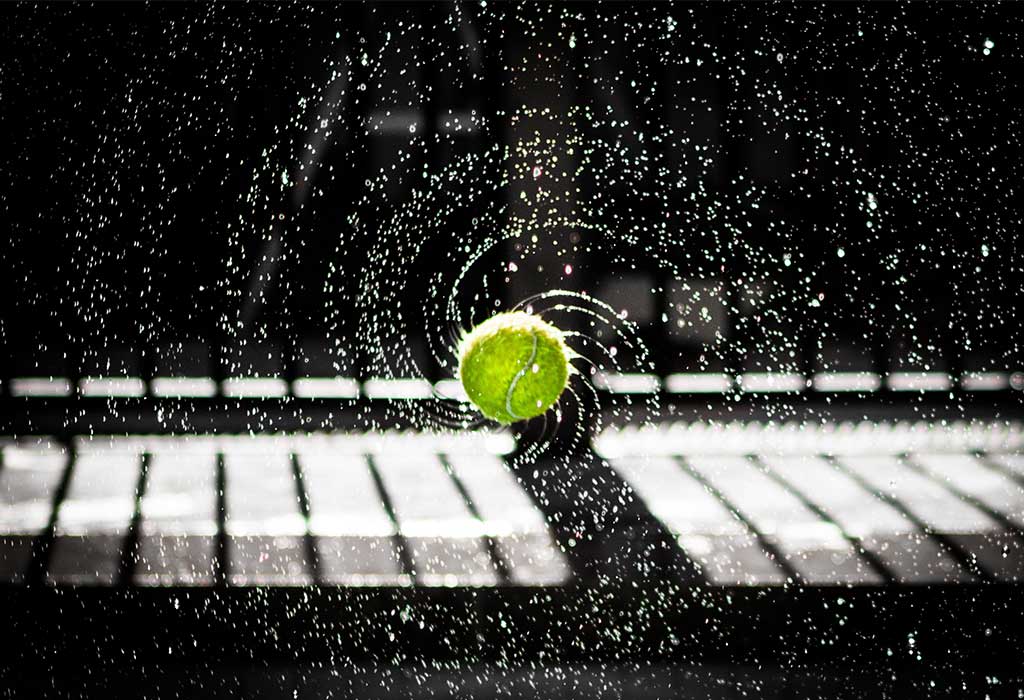 The forehand in tennis and other racket sports such as table tennis, squash and badminton is a shot made by swinging the racket across one’s body with the hand moving palm-first. In tennis, except in the context of the phrase forehand volley, the term refers to a type of groundstroke—a stroke in which the ball has bounced before it is struck. It contrasts with the backhand, the other type of groundstroke. For a right-handed player, the forehand is a stroke that begins on the right side of the body, continues across the body as contact is made with the ball, and ends on the left side of the body. It is considered the easiest shot to master, perhaps because it is the most natural stroke. Beginners and advanced players often have better forehands than any other shots and use it as a weapon.

Most forehands are hit with topspin because it helps keep the ball from landing outside the court. On some occasions, such as an approach shot, a player can opt to hit with backspin, which can also be called a ‘slice’.

Players with great forehands often build their main strategy around it. They set up a point until they have a good chance of striking a powerful forehand to win the point. A well-known tactic is to run around a ball on their backhand side in order to hit a forehand cross-court, called the inside-out forehand.