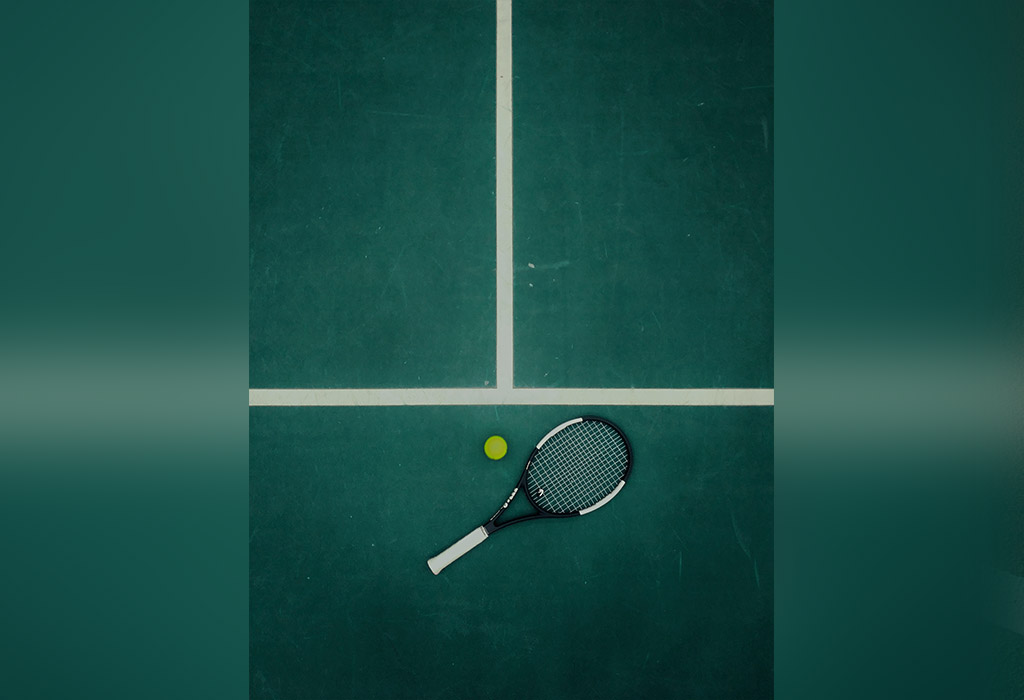 A groundstroke or ground stroke in tennis is a forehand or backhand shot that is executed after the ball bounces once on the court. It is usually hit from the back of the tennis court, around the baseline.

A tennis player whose strategy is to trade groundstrokes with the opponent is termed a baseliner, as opposed to volleyers who prefer to hit volleys near the net.

There are many factors that may define a good groundstroke. For example, one groundstroke may use topspin and another backspin. Both can be effective for different reasons having to do with depth, opponent’s strength or weaknesses, etc. Some characteristics of groundstrokes are: depth (how close the ball lands to the opponent’s baseline), consistency (the tendency of groundstrokes to not drop short or into an opponent’s strike range in rallies with many groundstrokes), speed (how fast it travels in the air), pace (the ball’s behavior after it bounces on the opponent’s side), trajectory and angle. If a “good groundstroke” is to be played, it would generally have a combination of the above characteristics to produce a shot that is difficult for the opponent to return. Generally, a groundstroke that lands deep and in the corner of the opponent’s court will make it more difficult for the opponent to return the ball. However, this is somewhat arbitrary and depends on the opponent and stage of the point being played. For example, a short angled shot, a moon ball (very high trajectory), an off pace shot, etc., may prove effective against opponent A but not opponent B.

Photo by Martynas Musteikis on Unsplash