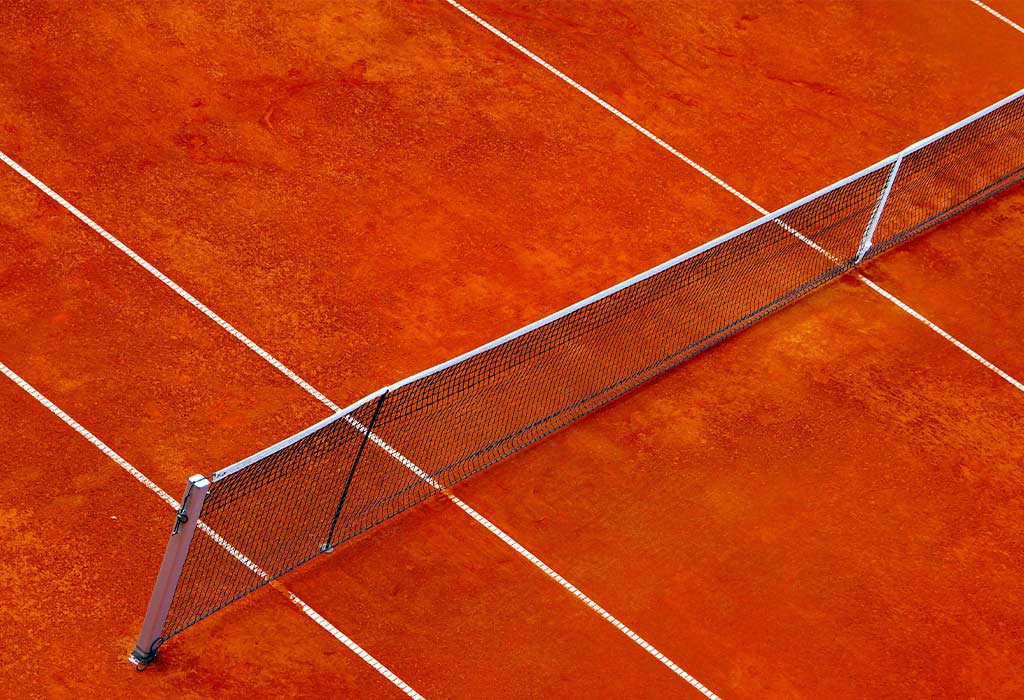 Officially named in French Internationaux de France de Tennis (the “French International of Tennis” in English),the tournament is referred to in English as the “French Open” and alternatively as “Roland Garros”, which is the designation used by the tournament itself in all languages. (The stadium and tournament are both hyphenated as Roland-Garros because French spelling rules dictate that in the name of a place or event named after a person, the elements of the name are joined together with a hyphen.)

In 1891 the Championnat de France, which is commonly referred to in English as the French Championships, began. They were only open to tennis players who were members of French clubs. The first winner was H. Briggs, a British who resided in Paris and was a member of the Club Stade Français. In the final he defeated P. Baigneres in straight sets. The first women’s singles tournament, with four entries, was held in 1897. The mixed doubles event was added in 1902 and the women’s doubles in 1907. This “French club members only” tournament was played until 1924, using four different venues during that period:

In 1925, the French Championships became open to all amateurs internationally and was designated a major championship by the ILTF. It was held at the Stade Français in Saint-Cloud (site of the previous World Hard Court Championships) in 1925 and 1927, on clay courts. In 1926 the Croix-Catelan of the Racing Club de France hosted the event in Paris, site of the previous French club members only tournament, also on clay.

Another clay court tournament, called the World Hard Court Championships, is sometimes considered the true precursor to the modern French Open as it admitted international competitors. This was held at Stade Français in Saint-Cloud, from 1912 to 1914, 1920, 1921 and 1923, with the 1922 event held in Brussels, Belgium. Winners of this tournament included world No. 1s such as Tony Wilding from New Zealand (1913, 1914) and Bill Tilden from the US (1921). In 1924 there was no World Hard Court Championships due to tennis being played at the Paris Olympic Games.

After the Mousquetaires or Philadelphia Four (René Lacoste, Jean Borotra, Henri Cochet, and Jacques Brugnon) won the Davis Cup on American soil in 1927, the French decided to defend the cup in 1928 at a new tennis stadium at Porte d’Auteuil. The Stade de France had offered the tennis authorities three hectares of land with the condition that the new stadium must be named after the World War I hero pilot Roland Garros.The new Stade de Roland Garros (whose central court was renamed Court Philippe Chatrier in 1988) hosted that Davis Cup challenge. On May 24, 1928 the French International Championships moved there, and the event has been held there ever since.

During World War II, the tournament was not held in 1940 and from 1941 through 1945 it took place on the same grounds, but those events are not recognized by the French governing body, the Fédération Française de Tennis. In 1946 and 1947, the French Championships were held after Wimbledon, making it the third Grand Slam event of the year. In 1968, the French Championships became the first Grand Slam tournament to go open, allowing both amateurs and professionals to compete.

Since 1981, new prizes have been presented: the Prix Orange (for the player demonstrating the best sportsmanship and cooperative attitude with the press), the Prix Citron (for the player with the strongest character and personality) and the Prix Bourgeon (for the tennis player revelation of the year). In another novelty, since 2006 the tournament has begun on a Sunday, featuring 12 singles matches played on the three main courts. Additionally, on the eve of the tournament’s opening, the traditional Benny Berthet exhibition day takes place, where the profits go to different charity associations. In March 2007, it was announced that the event would provide equal prize money for both men and women in all rounds for the first time. In 2010, it was announced that the French Open was considering a move away from Roland Garros as part of a continuing rejuvenation of the tournament. Plans to renovate and expand Roland Garros have put aside any such consideration, and the tournament remains in its long time home.

Expansion in the early 21st century
From 2004 to 2008, plans were developed to build a covered stadium with a roof, as complaints continued over delayed matches. Various proposals were put forward to expand the facility or to move the French Open to a completely new, 55-court venue outside of Paris city limits. In 2011 the decision was taken to maintain the tournament within its existing venue. The expansion project called for a new stadium to be built alongside the historical Auteuil’s greenhouses and expansion of old stadiums and the tournament village. A wide-ranging project to overhaul the venue was presented in 2011, including building a roof over Court Philippe-Chatrier, demolishing and replacing Court No. 1 with a grassy hill for outdoors viewing, and geographical extension of the venue eastward into the Jardin des Serres d’Auteuil.

Legal opposition from environmental defence associations and other stakeholders delayed the works for several years as litigation ensued. In particular, the city council voted in May 2015 against the expansion project, but on 9 June 2015 Paris Mayor Anne Hidalgo announced the signing of the construction permits, with work scheduled to begin in September of that year and conclude in 2019. In December 2015, the Administrative Court of Paris once again halted renovation work, but the French Tennis Federation won the right to proceed with the renovation on appeal.

Renovation work finally commenced at the close of the 2018 edition of the tournament. Redeveloped seating and a retractable roof was constructed for Court Philippe-Chatrier and the new 5,000-seat Court Simonne-Mathieu was opened, having been named after France’s second-highest achieving female tennis player, and noted for its innovative use of greenhouse encasing architecture.The renewal of the venue has been generally well received by the players and the public.The 2020 edition of the tournament, which was the first to be assisted by the roof over Philippe-Chatrier, was postponed to late September and early October and was played in front of limited spectators, due to the COVID-19 pandemic. Floodlights were also installed over each of the courts in the precinct, allowing the tournament to facilitate night matches for the first time.

Photo by boris misevic on Unsplash