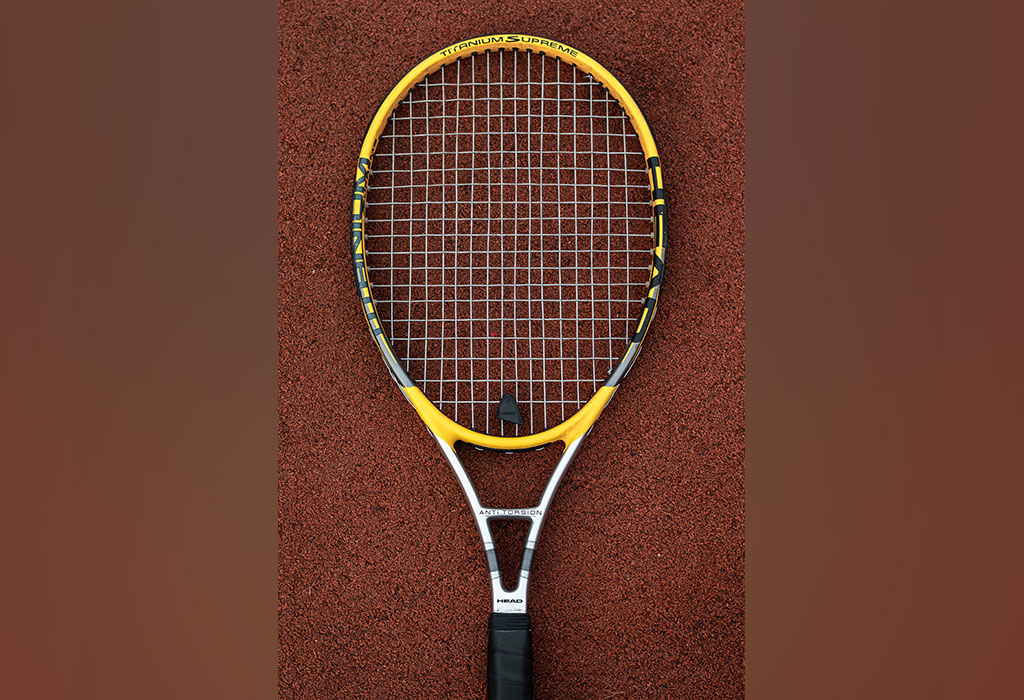 Crosscourt and Down the line training drill
This tennis training drill helps every tennis player improve their skills. By performing this drill regularly, the player is able to develop his techniques on cross-court rallies. The drill can be executed with two players playing against each other. We call these players as Player A and player B.

Player A then returns, but instead of a cross-court shot, Player A hits a down the line ball. As a result, Player B must run quickly to the other corner of his court to return the ball.

Up and back overhead shot tennis drill

This tennis training drill can help every player develop their skills and tactics on moving back to return overhead shots by their opponents. It also allows the players to practice the right movements such as the scissor-kick jump that are normally used in hitting an overhead return. To accomplish this tennis training drill, two players are needed to play against each other. Same as the above drill, the two players are called as Player A and Player B. Player A stands at the center end of the service line, while player B stand on the center baseline of the opposite court.

Player A hits the ball towards Player B and player B returns an overhead shot. Player A has two return options; he can return the ball by executing the scissors-kick jump if he or she thinks that the ball is reachable with this technique. If the ball is too high to reach by jumping, Player A has to move back quickly to hit a groundstroke.

An overhead shot is normally done if your opponent is near the net or if your opponent hits a difficult approach shot. This is one of the tennis training drills to help players develop their counterattack if they are playing against an opponent who is a good net player.

Both players position themselves in the same manner as the starting positions of the players in the down the line and cross court drill. Both players must exchange forehand cross-court shots. They can continue the drill until such time that they think they have done enough. However, all players should remember that tennis training drills should be repeated many times until they master the shots.

This tennis drill needs two players where Player A keeps the ball in play and stays only on one corner of the court. The other player is the one that has to do the proper drill, and let us call this player as Player B. Player B positions himself at the center baseline and make a shot towards the corner where Player A is. Player A then returns deep ball (near the baseline or on the baseline). The succeeding shots of Player A should vary in terms of their placements. Player A should hit the ball in such a way that Player B has to do shots from the different points on the baseline. On one hand, Player B should also try his best to recover to the center baseline in every shot he makes.

The objective of this tennis training drill is to let the players run around the court to develop their stamina and endurance. It also aims to develop the players’ skill and accuracy, especially during long rallies. Same as the other tennis training drills, this drill needs two players playing against each other. At the start of the drill, Player A serves as the feeder while Player B does the actual drill.

Player A and Player B position on the center end of the service line and on the center baseline, respectively. Player A has to have 20 balls with him. He then feeds all the 20 balls to Player B one at a time. Player A has to hit the ball from one corner to another forcing Player B to run and return the ball. Player B can hit the ball in any part of the court and avoid miss hitting any shot. The drill has to be repeated every time Player B misses a shot. Each player can also exchange position to allow Player A to execute the actual drill.

This is one of the tennis training drills that allow every player to improve the power and accuracy of their serves. Unlike the other tennis training drills, this drill can be done even without a partner. The player only needs many balls beside him to be able to perform this drill. There should also be cones on the other side of the court which serve as the targets. Cone should be placed on certain points of the court where player wants to hit his serves. The player then execute the serve drill by targeting several cones as powerful and as accurate as he can. Before any serve is done, the player should already have an idea which cone is the target. The drill should also be done alternately on the deuce and on the ad side of the court.

This is one of the tennis training drills that allow tennis players to develop their skill on the net or on their volley skills.

This tennis drill helps to improve the serve and return accuracy of the players. It also helps the players to stay focus on the game because the drill is performed on a smaller size area. Both players (player A and Player B) only cover the service box areas of their respective court. Player A stands on the center half on one of the service boxes on his side of the court. Player B should do the same but should be in diagonal position with Player A. Player A serves and Player B returns the ball towards Player A. The drill continues until player B misses.

Volley to the corners drill

This tennis drill’s objective is to work on the player’s footwork and his basic net shots. The drill is done in such a way that the net player has to move a lot and be able to hit corners while playing net.

Photo by Alex Motoc on Unsplash