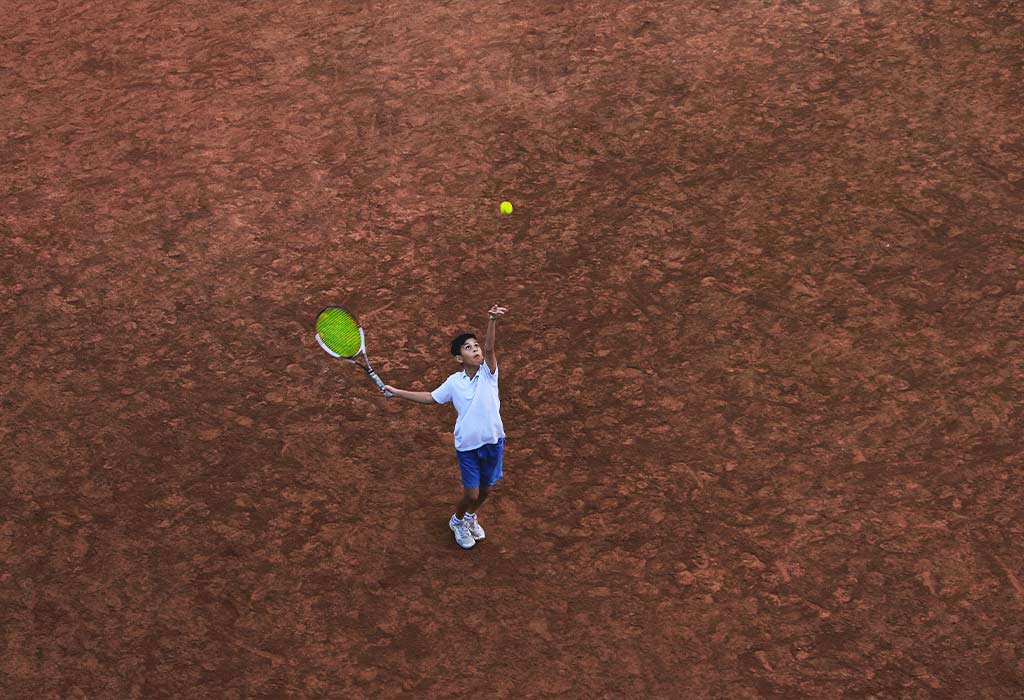 In tennis, there are a variety of types of shots (ways of hitting the ball) which can be categorized in various ways. The grip you place on will help you have different types of shots, the lower your grip means that the ball is most likely going to be a ground stroke. According to William T. Tilden, “All tennis strokes, should be made with the body’ at right angles to the net, with the shoulders lined up parallel to the line of flight of the ball .” The serve is the opening shot of a point. Groundstrokes are hit after the ball has already bounced, and can be either forehands or backhands depending on which direction the racket is swung relative to the body. A lob is a groundstroke hit well over the head of an opponent who is positioned at the net. A passing shot is a groundstroke that is hit out of reach of an opponent at the net far to his left or right. A cross-court shot is a shot hit from the left (or right) side of one player’s court to the left (or right) side of the other player’s court (from each player’s own point of view), so that it crosses the lengthwise centerline of the court. A down-the-line shot is one that is hit more or less parallel to, and near to, one of the sidelines, so that it never crosses the centerline.

Shots hit during a point without the ball having bounced are called volleys, while shots hit just a split second after the ball bounces are called half volleys. A smash is hit with the racket well above one’s head with great velocity. A drop shot is a groundstroke or volley that is hit lightly so that it barely goes over the net.

Thus tennis shots can be categorized according to when they are hit (serve, groundstroke, volley, half volley), how they are hit (smash, forehand, backhand, flat, side spin, block, slice, topspin shot), or where they are hit (lob, passing shot, dropshot, cross-court shot, down-the-line shot).

All shots that pass either over or around the net and land anywhere within the confines of the court, lines included (except for serves, which need to land inside the designated service box), are considered good. Shots that touch the net and then land in their designated area are also considered good, with the exception of serves. Serves that fall into the service box after touching the net are called service lets, and the server simply serves again, without any impact on the scoring.

Photo by Palash Jain on Unsplash