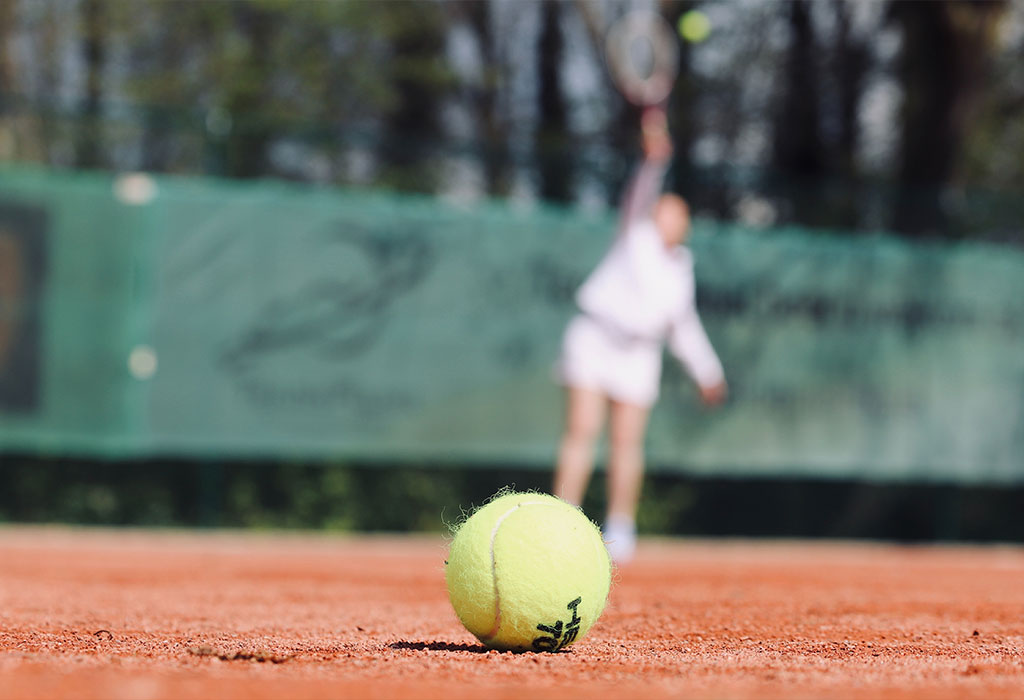 In ball sports, topspin is a property of a ball that rotates forwards as it is moving. Topspin on a ball propelled through the air imparts a downward force that causes the ball to drop, due to its interaction with the air (see Magnus effect). Topspin is the opposite of backspin.

tennis
In tennis, because of a net being in the middle of the court, using topspin will increase the player’s consistency. Topspin also allows a player a greater margin of error. Because topspin brings the ball down toward the ground quicker, a player can hit the ball higher over the net, thus increasing the margin of error. This may help in lobbing an opponent who is waiting at the net, or playing directly to a player’s feet. Hitting low to high as the player approaches the contact point will impart lift. Keeping the racquet face (the strings) slightly closed from perpendicular will impart the topspin to the ball that the player wants. However, balls that bounce lower due to greater force or backspin are much more difficult to return using a grip that confers topspin such as the semi-western and western grips, as the racket is angled too far downwards to ‘lift’ the ball back over the net. As such, topspin is more effectively used on slower, higher bouncing surfaces such as clay. Topspin is also far more difficult to impart on backhand strokes due to the physical limitations of an arm stretched across the body.

Photo by Miguel Teirlinck on Unsplash