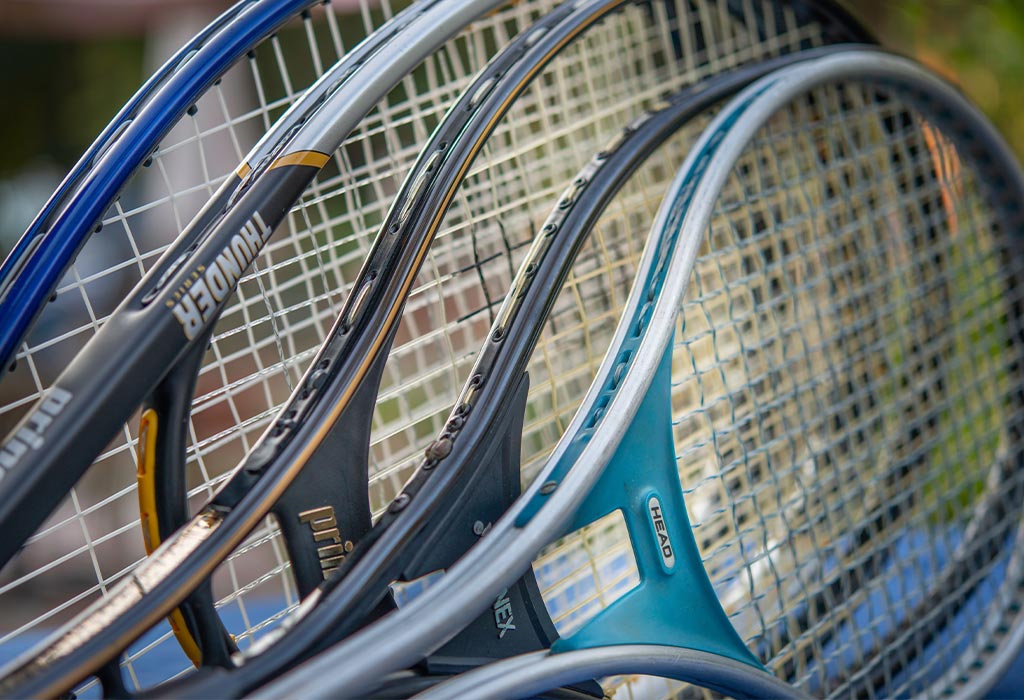 The games of squash racquets and its parent sport, racquets, spread to America in the 1880s with the nation’s first courts built at St. Paul’s School, in Concord, New Hampshire. Due to a delay in shipping the proper racquets’ equipment, the boys used balls and racquets for the game of lawn tennis that had also been recently introduced to the country. Even after the proper equipment arrived, some still continued to use tennis equipment on both kinds of courts.

In the 1890s both squash racquets and squash tennis had spread to adults in Boston, and play started to become more formalized. In 1898, after the construction of a court at the Tuxedo Club in Tuxedo Park, New York, squash tennis became popular among members of New York society. Private courts were built on estates owned by such millionaires as William C. Whitney, J. P. Morgan, and Andrew Carnegie’s nephew George Lauder Carnegie. By 1905, the Racquet and Tennis Club, Harvard, Princeton, and Columbia Clubs in Manhattan had courts, as did Brooklyn’s Crescent A. C. and the Heights Casino.

Briefly the sport gained popularity and some limited play in other cities such as Detroit, Buffalo, Chicago, Boston, Philadelphia, but soon squash racquets overshadowed squash tennis. But in New York City the game maintained a strong following during the 1920s and 1930s. A decision to introduce a highly pressurized ball hastened the decline of the sport. A faster ball was preferred by advanced players, but it discouraged novices. In an effort to make the game more accessible, tournament play was authorized on squash racquets courts. But for many years the sport attracted few new players. During World War II the special ball was no longer manufactured, so advanced players started to lose interest.

Two outstanding champions of the fifties were Robert Reeve and Trudy Porter. League play and tournaments continued with energy supplied by Norman F. Torrance in the 1950s. The sixties saw a revival as younger players took up the game and Jim Prigoff became National Champion and later President of the Squash Tennis Association and Richard C. “Dick” Squires became active when a special ball was once again available to players. Prigoff dominated the Nationals in the 1960s beating both Squires and Bacallao until he retired from the game in 1969. But competition by the new game of racquetball prevented these later attempts from making any headway with the public. The annual nationals became the only formal tournament, but became the virtual private property of two men, Pedro A. Bacallao (1969-1980, 1986) and Gary Squires (1982-1983, 1985, 1987-2000) son of Dick Squires.