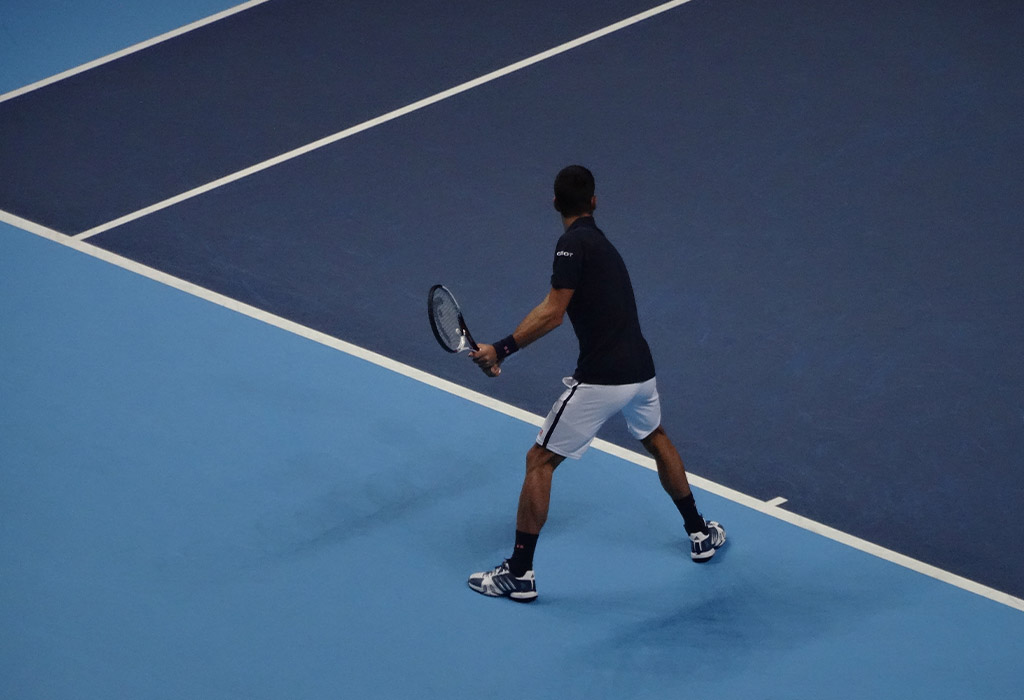 René Lacoste, the French seven-time Grand Slam tennis champion, felt that the stiff tennis attire was too cumbersome and uncomfortable. He designed a white, short-sleeved, loosely-knit piqué cotton (he called the cotton weave jersey petit piqué) shirt with an unstarched, flat, protruding collar, a buttoned placket, and a shirt-tail longer in back than in front (known today as a “tennis tail”; see below), which he first wore at the 1926 U.S. Open championship.

Beginning in 1927, Lacoste placed a crocodile emblem on the left breast of his shirts, as the American press had begun to refer to him as “The Crocodile”,a nickname which he embraced.

In 1933, after retiring from professional tennis, Lacoste teamed up with André Gillier, a friend who was a clothing merchandiser, to market that shirt in Europe and North America.Together, they formed the company Chemise Lacoste, and began selling their shirts, which included the small embroidered crocodile logo on the left breast.

Photo by flou gaupr on Unsplash