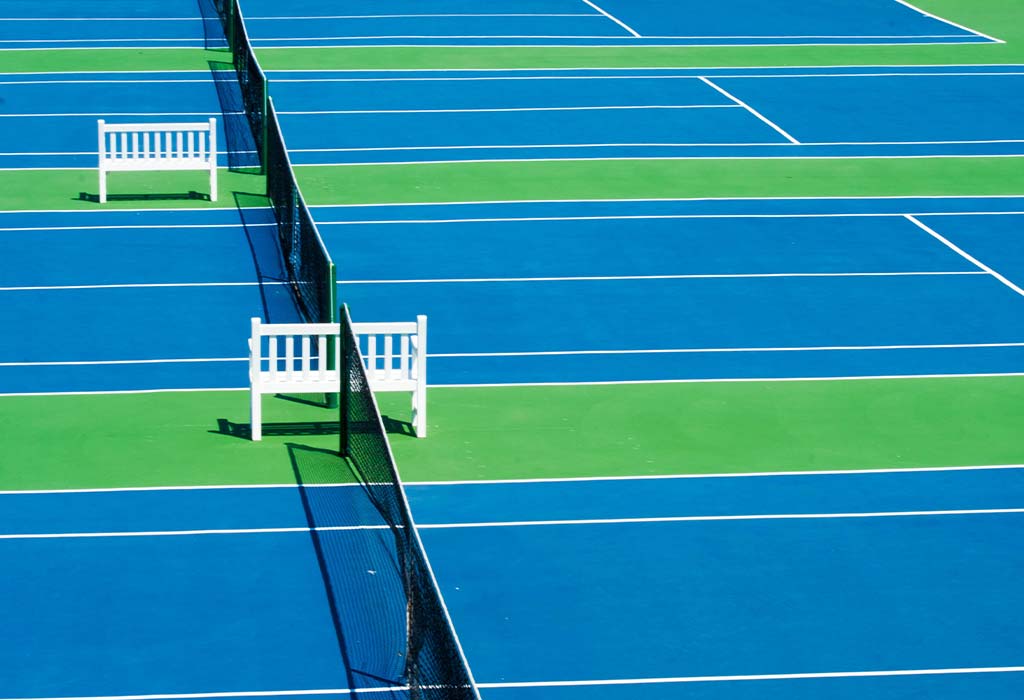 Tennis was part of the Summer Olympic Games program from the inaugural 1896 Summer Olympics, but was dropped after the 1924 Summer Olympics due to disputes between the International Lawn Tennis Federation and the International Olympic Committee over how to define amateur players.After two appearances as a demonstration sport in 1968 and 1984 (with a U-21 age limit),it returned as a full medal sport at the 1988 Summer Olympics open for all players regardless of their age and status and has been played at every edition of the Games since then.

In the past, results from the Olympics used to have ranking points that the ATP and WTA added to their players annual totals in singles for that calendar year. This occurred from the 2004 Athens until the 2012 London editions. No points were awarded for the editions prior and for the 2016 Rio Olympics. While the ranking points amount did not equate with those given at the Grand Slam tournaments, the Olympic tournaments have increased in perceived importance since their reintroduction, with some players, critics and sports pundits considering winning the gold at the Olympics just as prestigious as winning a Grand Slam title.

Serena Williams and Venus Williams have each won a record four gold medals, three each as a doubles pairing, the only players to win the same Olympic event on three occasions. Kathleen McKane Godfree (one gold, two silvers, and two bronzes) and Venus Williams (four gold, one silver) are the all-time record holders for the most Olympic medals in tennis. Andy Murray is the only player to have won two singles gold medals, and the only singles player to have retained the Olympic title. Gigi Fernández and Mary Joe Fernández and Serena and Venus Williams achieved this feat in women’s doubles in 1992 and 1996, and 2008 and 2012 respectively.

A player who wins an Olympic gold medal and all four Grand Slam events in the same year is said to have won a Golden Slam. As of 2016, Steffi Graf is the only player to have completed this achievement.

Photo by Wil Seaman on Unsplash