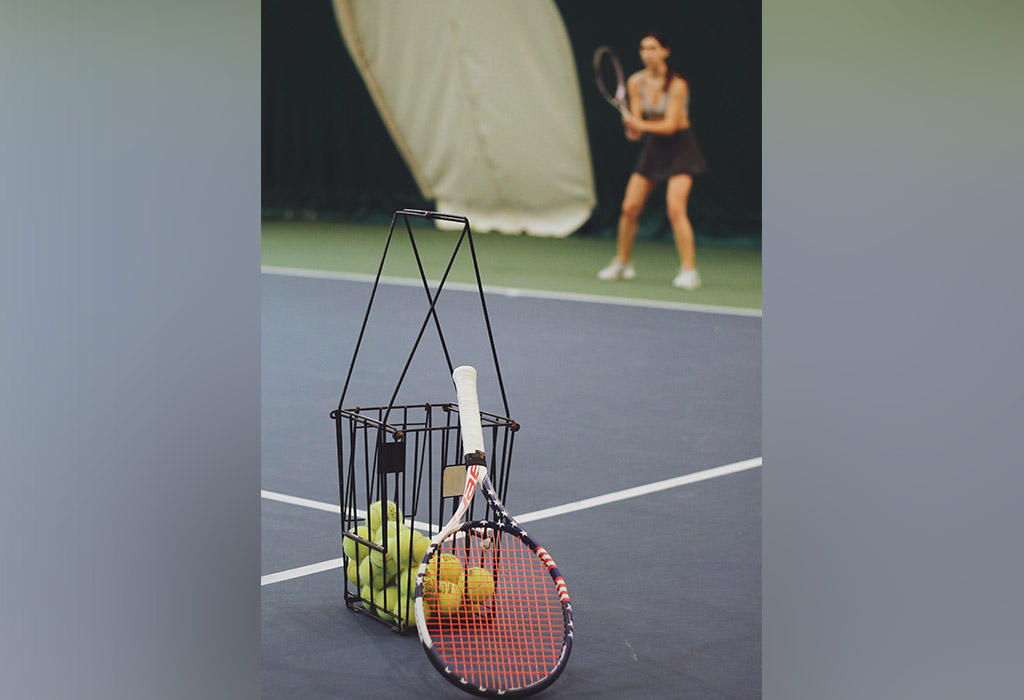 In fact, your goals go far beyond that. You not only want to win more than your fair share of tournaments, you want to be the stand-out in your region, play in college (at least) and then join the professional tour. In other words, you have big dreams, and you might even have the talent to get there. Now what you need is a good, solid tennis workout routine to advance to the next level.

Let’s start by saying that getting to an elite level in tennis is partially the result of talent, but primarily the consequence of working to get into peak physical and mental condition.

Sure, there have been a few players who have sniffed the top level of tennis on sheer talent alone, but it was maximizing their physical condition that pushed them over the top and made them a factor.

Ask Mardy Fish. Ask Andy Roddick. Heck, you can even ask Novak Djokovic. He not only cut gluten from his diet, he got much more serious about his workouts off the court, and now he could be on the verge of one of the most dominant eras in the history of the game.

How Do You Shape Your Own Tennis Workout Routine?

Yes, your immense talent will get you somewhere in tennis, but if you want to run with the big dogs, you are going to have to work like a dog. That doesn’t mean that getting into shape is all about drudgery.

You can do many things to make workouts more enjoyable—do them with a friend, add variety every day, find exercises that you like the best, etc.

However, you will indeed need to work out if you hope to ascend to the heights. You can’t do the workout described below for a week and then quit it and go back to eating chips and drinking soda.

What Sacrifices Does It Really Take to Follow a Tennis Workout Routine?

It should also be noted that most, if not all, of the top tennis players in the world have a single-mindedness that others lack. They know that they will spend a lot of time by themselves on the court with only a coach or fellow player around, then spend time off the court with a small group of people as well.

They are not worried about going to the mall and hanging out, not concerned with the hottest TV shows, not striving to be a Facebook champion. They know that in order to touch greatness, they will have to make some sacrifices to get there.

That brings us to our sample tennis workout routine, as reported by a lower-ranked professional that tailed a former top-50 player for a couple of years in hopes of having some of his achievement rub off on him.

This routine is impossible if you are in school or working a full-time job. It is possible if you have the summer off, have a friend who wants to train with you or a coach that can help you out, and have the time to prepare intensely for a tournament schedule.

This workout is done during the off-season, obviously, but it will prepare anyone for an amazing season once the matches begin. This tennis workout routine is actually best done as a lead-up to a big tournament, perhaps that one time when you hope to get a big break (wild card at a local pro tournament? a satellite tourney that you have to win?).

For those who know their tennis history, this tennis workout routine was followed by the great Ivan Lendl, who might have been one of the fittest players of all time, if not one of the best-liked. Here is the schedule from early morning to evening:

You will need those fluids badly as the day progresses, and hydrating ahead of time is always a smart move.

7:30 a.m.—Three to Six-mile run to build endurance. Find a course that you like and that has enough visual appeal to keep you happy during the next 45-60 minutes. If you are working out at a club, perhaps there is a golf course nearby where you can run.

A long 18-hole course will be about five miles.

9 a.m.—Hit the court for intense hitting drills. Start with 100 balls of forehand to forehand, then 100 balls for the backhand and 100 balls to practice your volley. You obviously will need either a partner or a ball machine for this part of the tennis workout routine. Oh, here’s the kicker on the type of training that the pros do: if you mis-hit a ball, you start over at 0 until you get to 100 consecutive shots in on all strokes. This type of session will build lots of great muscle memory. Concentrate on great form before the matches begin later in the day.

11:30 a.m.—Lunch and relaxation, usually heavy on the fruit, grilled chicken, perhaps some pasta. You also might want to sneak in a quick cat nap at this point. You’ll need it.

1 p.m.—Match play, with every loss carrying a penalty, usually running or push-ups. Go best out of 3 sets or best out of 5, whichever you have time for in the next 2 ½ hours. Use this time to work on the strategic aspects of tennis and becoming a player who is iron-strong mentally. You have no other time during the course of a typical day to try a new shot, change an old strategy, experiment with a new spin on the serve. Use actual game play to polish the rough edges of your arsenal.

4 p.m.—Hit the gym for a complete workout: one hour on the stair-climber, 45 minutes on the stationary bike and then a complete circuit of weight lifting. To vary this part of the tennis workout routine, you can ride an actual bike outdoors to get out of the gym atmosphere. As for weight lifting, don’t forget to work your core as well as your arms, shoulders, upper back and legs. Your legs will feel like jelly the first time that you work out after a 2-hour match, but eventually you will gain much-needed strength and this last session will not be too much of a chore. Blare the music and vary the exercises to stay fresh during this final portion of the day.

6:30—dinner followed by rest and an early bed time.

If this tennis workout routine becomes too taxing, cut back on the exercises and the tennis playing. You certainly do not want to try and follow this tennis workout routine if you are in poor shape right now. Start with a scaled-back version of this routine and begin to fill it out to near the intensity described above. Also, be sure to take 1-2 days off in the course of a week and vary your weight training so that a muscle group is worked every other day, not every day.

What Do You Have to Do to Learn a Thing or Two From A Professional Tennis Workout Routine?

But no worries, you can still learn a thing or two from the tennis workout routine above.

Even if you can only take 1 thing, like getting up earlier in the morning, to practice a basket of tennis serves, you’ll already be on the path to playing better tennis.

This tennis workout routine has a great mix of exercises to build both endurance and quickness, with lots of hitting in between. As you can tell from simply reading its description, a person who will follow such a workout must be extremely motivated to become one of the best. Anyone who follows this tennis training schedule will soon see that the long run in the morning becomes easy, the court time much less tiring and, before you know it, you will be strong as an ox in the fifth set while your opponent is fading.

Photo by Pavel Anoshin on Unsplash